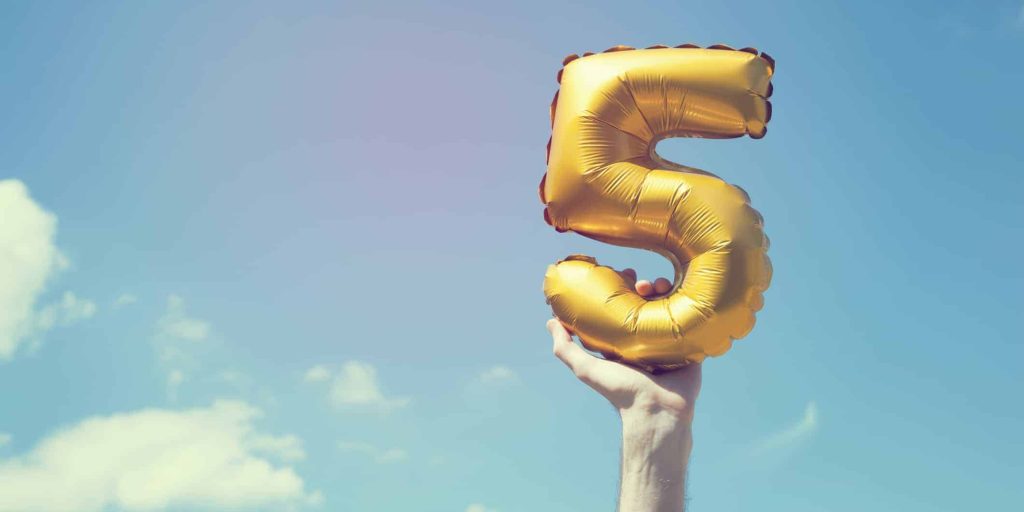 Cancer. It’s a word that reverberates deeply in the ears of anyone who hears it. No one wants to think that they might have it, especially when symptoms begin in the body.

But when you begin to lose weight, you notice a red or brown discoloration to your urine, fatigue, fever, and possibly experience pain in your mid-back or sides, you should consider getting checked out right away.

The American Cancer Society says that kidney cancer statistics are on the rise, and have been rising ever since the 1970s. Often kidney cancer has only very mild symptoms, and patients usually get diagnosed while being tested for something completely different. The sooner a person gets diagnosed, the better their chances for fast and effective recovery.

The rise in kidney cancer, also known as renal cell carcinoma, has a heck of a lot to do with the modern way of living. Men who drink lots of alcohol, eat lots of red meat, and are overweight, are most at risk of developing this cancer (and especially men who smoke tobacco). Your kidneys are responsible for eliminating water-soluble toxins, waste products, acids and metabolites from the body. Men and women with a poorer quality lifestyle will be exposing their kidneys to more toxins, acidity and oxidative damage.

According to one study performed by scientists from Uruguay, a high meat intake, especially from barbecued meats, caused an increase of 3.4 in the risk of developing kidney cancer in men. That’s huge. One barbeque isn’t necessarily going to give you kidney cancer. But consider what weekend after weekend of eating charcoal meat, drinking alcohol and smoking might do to your kidneys after several decades.

People who are exposed to toxins and industrial by-products at work are also more at risk. If you work in a steel works or near coke ovens, studies show that there is a significantly greater risk that you will develop kidney cancer. Wearing the proper protective gear is so simple and so important. But at the end of the day, the evidence all points towards living a clean and toxin-free lifestyle in order to reduce your risk.

So you have been diagnosed with kidney cancer. Good news, there are lots of conventional therapies which are very effective and have a high success rate. Surgery is, more often than not, the primary treatment recommended by doctors for kidney cancer.

Radiation and freezing the kidney tumour cells are also possible treatment options, but rarely do patients with kidney cancer receive chemotherapy. Kidney cancer cells are highly resistant to chemotherapy, and studies show that using chemotherapy rarely benefits patients once surgery has been performed.

Compared to other types of cancer, kidney cancer is very responsive to immune therapies. Interferon and interleukin, two drugs used in the treatment of kidney cancer, are able to muster immune defences against cancer cells and metastasis. Unfortunately, it is possible to develop resistance to these drugs.

One of the easiest and safest ways of improving immune defences is by using nutrients and botanical extracts that have shown in studies to increase immune activity.

Supporting your immune system is so important and so vital, regardless of which type of cancer you have.

Your body is capable of producing countless white blood cells, including macrophages and natural killer cells, which roam the body and attack not only cancer cells, but also infectious pathogens. Many types of cancer treatment, no matter how absolutely necessary they are for patient survival, deplete the immune system by having a negative effect on bone marrow.

This is why you hear that cancer therapies, such as chemotherapy, both cure and cause cancer. In the sense that chemotherapy negatively impacts your immune system, this is true.

In cases of kidney cancer, it is rare for doctors to recommend chemotherapy, because it simply doesn’t work very well as a treatment for this particular cancer. Perhaps this is fortunate, as kidney cancer is also very sensitive to immune therapies, as previously mentioned, with one German study showing kidney cancer patients, with metastasis, given interferon treatment lived significantly longer.

However, it is possible to become resistant to some conventional immune therapies. Regardless of what treatment you are being given, I would urge anyone with kidney cancer to give special attention to botanical extracts and nutrients supported by research to support the immune system in a safe way that does cause resistance. Here are some natural remedies for kidney cancer:

The roots of this plant have been used for health and longevity for thousands of years in Traditional Chinese Medicine. Now scientists are saying that Korean Ginseng has a huge role to play in the prevention, and possibly treatment, of cancer. One study on Korean men showed that taking Korean Ginseng reduced the risk of multiple types of cancer by up to 40%. The most likely mode of action is that Korean Ginseng enhances the immune system. Laboratory studies have also confirmed that Korean Ginseng directly inhibits the growth of kidney tumours. Some of the chemicals in Ginseng may increase blood pressure, so be careful with this herb if you’re on medication. 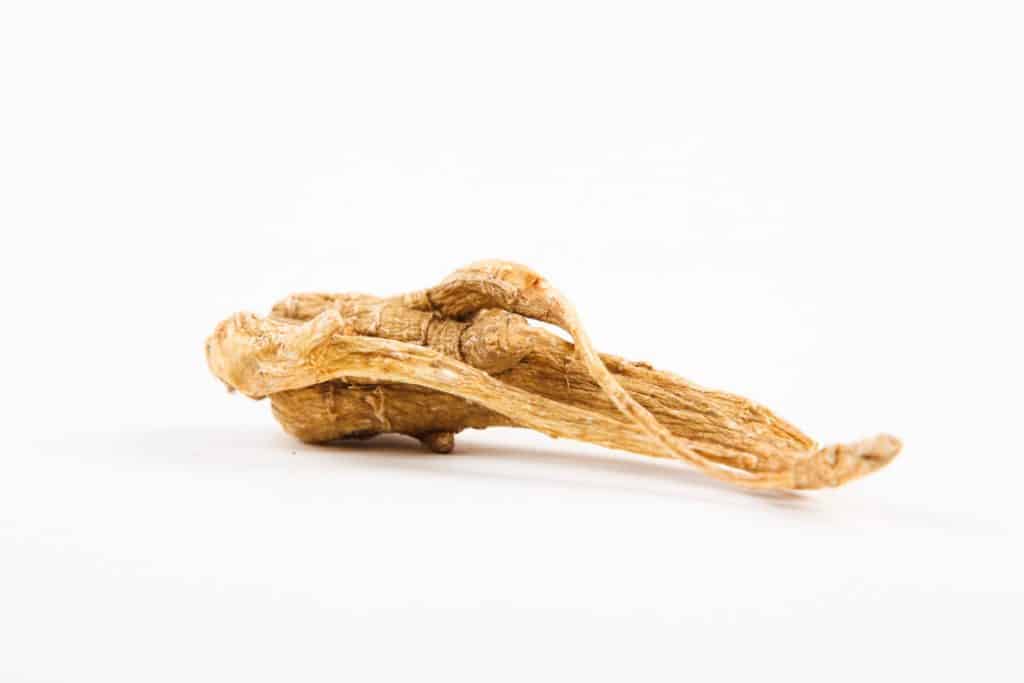 A timeless plant that is used worldwide for promoting immune function. Viral infections from cold and flu bugs have all shown in clinical trials to be treatable with Echinacea root extracts. Echinacea also helps to cleanse the kidneys of heavy metals, including cadmium, and has an anti-inflammatory effect on the body. Some resources state that Echinacea should not be used long-term, but this simply is not true. It is a fabulous herb for supporting a healthy immune system. Echinacea is considered generally safe, though some caution should be used if you suffer from allergies to other plants in the Daisy family.

Danshen is a popular antioxidant for the kidneys. Scientists have isolated an antioxidant from Danshen and studied it, quite in depth, for its anti-cancer effects on kidney cancer cells. This antioxidant, known as tanshinone IIA, causes cancer cells to self-terminate in laboratory and animal studies. While, as a drug, tanshinone IIA is not yet readily available, Danshen extract is freely available through herbal stockists and practitioners. Danshen may affect some heart medications, such as digoxin and warfarin, so consult with your doctor before using this herb if you are on medications.

Astragalus is one of the best herbs you can have in your natural therapy toolkit. It is a well known kidney restorer (scientifically validated and used for thousands of years), but also one of the best “anti-cancer” immune building herbs. It is a safe herb to take long-term, and is used in a famous immune building formula, that is used in the treatment of cancer, called “Astragalus 8”. As with all medicines (natural or otherwise), please check the safety of it for your individual use.

A deficiency of vitamin D is known as one of the risk factors for developing kidney cancer. Vitamin D is required for healthy immune function, and sadly, studies show that deficiency in vitamin D is on the rise, especially in the elderly. As well as supplements, vitamin D3 is available from dairy, salmon, sardines, fish oil, cod liver oil, eggs and mushrooms. Overdosing on vitamin D3 is rare, but cases have occurred after taking doses upwards of 5,000IU daily. If you are taking diuretics, check with your doctor before purchasing vitamin D3 supplements, as it may interfere with these medications. And the latest studies show that Vitamin D should always be taken with Vitamin K for best effect.

When choosing to integrate complementary medicine with your conventional therapies, it is important to be working alongside a naturopath or traditional Chinese medicine practitioner, as well as your oncologist. When diagnosed with cancer, many people take to researching online and buying over-the-counter products. While there generally is no harm in that, most of the time, it’s better to have the support and focused approach of proper health professionals, who can advise you about therapeutic dosages, safety and drug interactions associated with natural and conventional products. It might seem frightening, but having a holistic support team is a huge step in your journey towards recovery and healing.