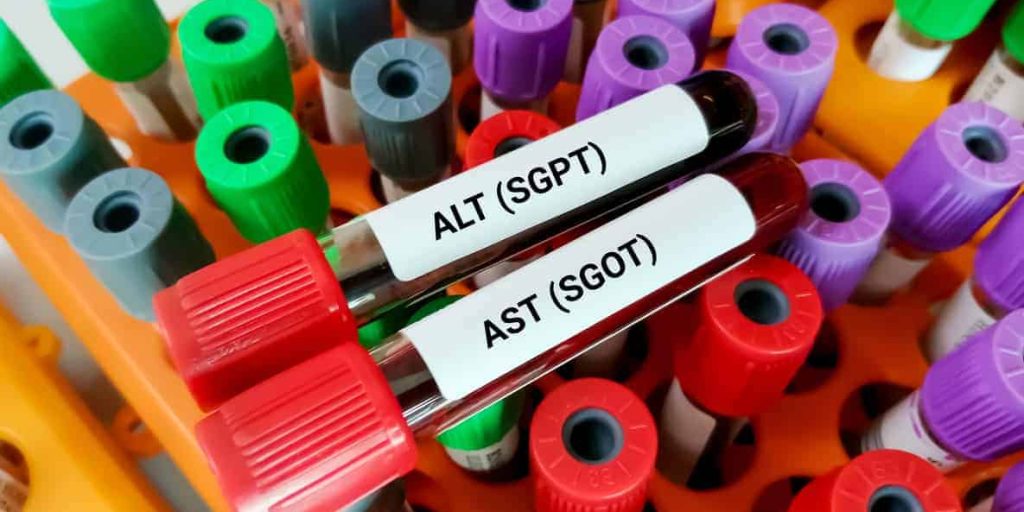 ALP is one of those blood tests people don’t pay a huge amount of attention to and often don’t understand what it is measuring. It is often just looked at as a marker of liver function, but it can provide a lot more information about your health than that and for people with CKD it is something that should be monitored and if elevated, acted upon.

Let’s take a look at what ALP is, what may cause high (and low) levels of ALP, and why this marker is particularly important for people with CKD.

Alkaline phosphatase (ALP) is an enzyme found in all tissues in the human body. An enzyme is a type of protein that catalyzes (causes or accelerates) chemical reactions in the body. ALP is produced mainly by the liver and bones but is also synthesized in smaller amounts by the intestines and kidneys. ALP is also secreted from the placenta during pregnancy.

Scientists have not yet identified the full range of biochemical reactions that ALP instigates, but the enzyme is known to contribute to the following processes:

The level of ALP in the blood is checked through a blood test and is often measured as part of a liver function panel along with some other enzymes.

The normal levels of ALP differ depending on factors such as age and sex. Blood levels of ALP also increase by two to four times during pregnancy- this is a result of additional ALP produced by the placenta. Reference ranges will vary slightly between pathology labs. 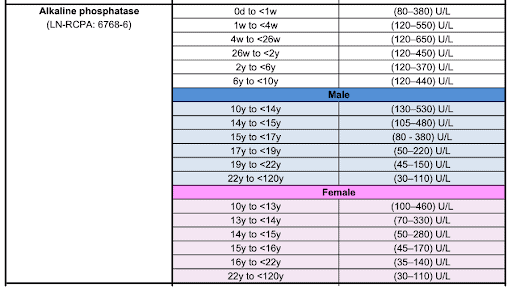 There are a number of different things that can cause someone’s ALP to be raised on a blood test and ALP should be assessed alongside other blood tests and symptoms to help determine why the level is elevated. Generally speaking, elevated ALP will come from either a liver or bone origin.

Some potential causes of elevated ALP include: 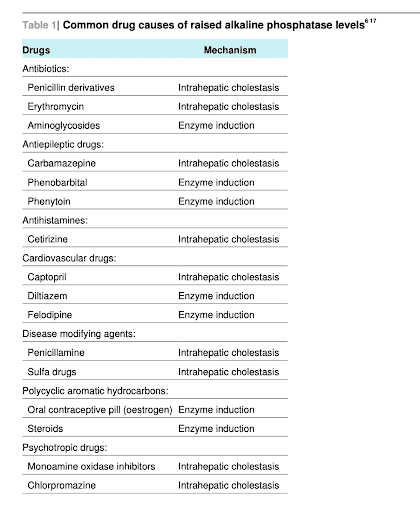 Having elevated ALP is certainly more common but some people may have low levels of ALP. Some causes of low ALP include:

Significance of ALP in people with CKD

So what does it mean if ALP is elevated in someone with CKD?

Well, obviously there are a number of different causes of elevated ALP which may also be present in someone with kidney disease. The first thing to look at would be the results of other blood tests and specifically other liver enzymes such as ALT, AST, and GGT. As I mentioned earlier, if these are elevated then it is possible that the elevated ALP is coming from a liver source.

However, if ALP is elevated on its own, it may indicate high turnover of bone or CKD-mineral and bone disorder (CKD-MBD).

CKD causes mineral and bone disorder because the kidneys don’t properly balance the mineral levels in the body resulting in alterations in levels of calcium, phosphorus, parathyroid hormone, and vitamin D. Metabolic acidosis which is commonly found in people with CKD also contributes to increased bone turnover and CKD-MBD because when the body is too acidic, alkalizing minerals like calcium and magnesium are pulled out of bone to try and alkalize the body.

High bone turnover and CKD-MBD causes bones to become thin and weak, increasing the risk of fractures and can also cause problems in the heart and blood vessels.

When ALP is elevated in people with CKD it may indicate the following:

1. Increased bone turnover or CKD-MBD can lead to weak bones and an increased risk of fractures.

Vascular calcification is a process that leads to the accumulation of calcium phosphate crystals in blood vessel walls causing thickening and loss of elasticity in blood vessel walls. This contributes to increased blood pressure, atherosclerosis (hardening of the arteries), increases the risk of heart attack, stroke, dementia and can result in inadequate blood supply to the legs and throughout the body.

Persistent, low-grade inflammation has been recognized as an important component of the CKD scenario, leading to fibrosis (scarring) and loss of renal function, and plays a crucial role in both the development and progression of kidney disease and is also linked to the presence of other complications like proteinuria, osteoporosis, protein-energy wasting, and cardiovascular disease.

Elevated ALP levels have been associated with increased risk of cardiovascular events, hospitalization, and mortality in the general population and in people with CKD. This is likely to be due to a combination of vascular calcification, arterial stiffness, and increased inflammation.

What to do if ALP levels are elevated

So, what should you do if your ALP levels are elevated on your blood test?

This may require further testing to assist your doctor or healthcare provider to determine what is going on.

Specific blood tests that should be done if CKD-MBD is suspected are phosphate, calcium, parathyroid hormone, and vitamin D.

Some other helpful tips include:

Make sure you discuss any new supplements with your healthcare provider first to ensure they are appropriate for your use.

I really encourage everyone to get copies of their blood tests and ask their doctor or healthcare practitioner what their results mean. Too often, people aren’t informed about what their blood tests are showing until there is something severely wrong and we all know that prevention is better than cure, and catching problems early means that we are better able to do something about it.

Hopefully, this article has given you a better understanding of what ALP is measuring and what elevated levels may indicate as well as a starting point to help reduce ALP levels and minimize the potential consequences that may be associated with high levels.

If you’ve found this article interesting or helpful, please let us know by clicking the ‘SHARE’ button or leaving a comment on our Facebook page. Also, if there are any other blood tests or topics you’d like us to write about, head over to our Facebook page and let us know.