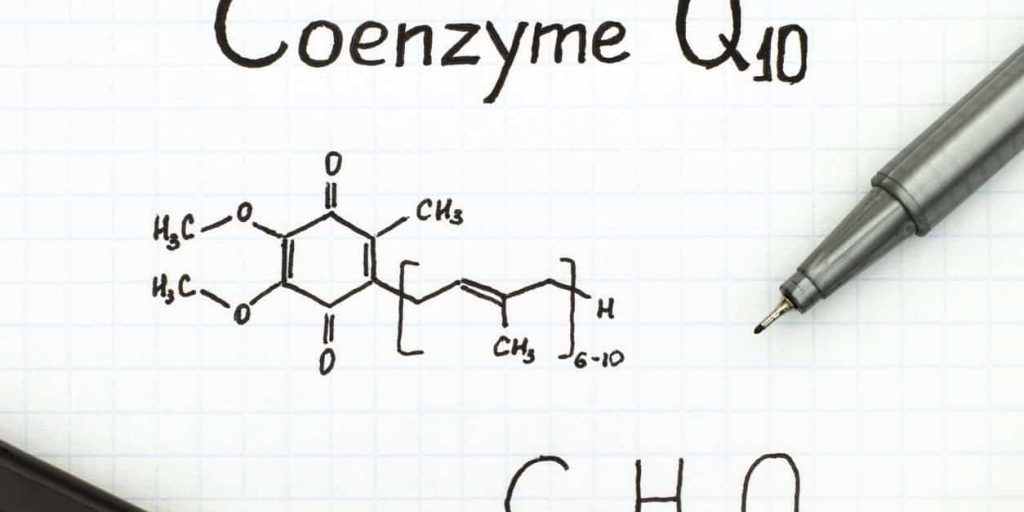 CoQ10 is often referred to as ‘nature’s spark plug’ because every cell of your body needs it to make energy. It also happens to be a particularly important nutrient when it comes to protecting and healing the kidneys which is why I wanted to highlight it in today’s article.

CoQ10 is a naturally occurring vitamin like molecule and is the only fat-soluble antioxidant made by the body.

There are two main functions that make CoQ10 such a powerful and important compound:

In humans, most of the processes occurring in our body rely on energy in the form of adenosine triphosphate (ATP). CoQ10 is essential for the production of ATP which takes place in the mitochondria of every cell in the body.

No other nutrient or vitamin can mimic or replace CoQ10, making it indispensable. CoQ10 is found in the highest amounts in the organs that use the most energy such as the heart, brain, kidneys and liver

CoQ10 is also a potent fat-soluble antioxidant that is considered more efficient than the antioxidant vitamin E. It helps to prevent and heal damage to our cells and the genetic material inside them.

As well as having its own antioxidant actions, CoQ10 can regenerate vitamin E and vitamin C- two very important antioxidants- which allows the body to use them again. CoQ10 also increases the actions of the body’s major antioxidant enzymes superoxide dismutase (SOD), catalase and glutathione peroxidase (GPx). 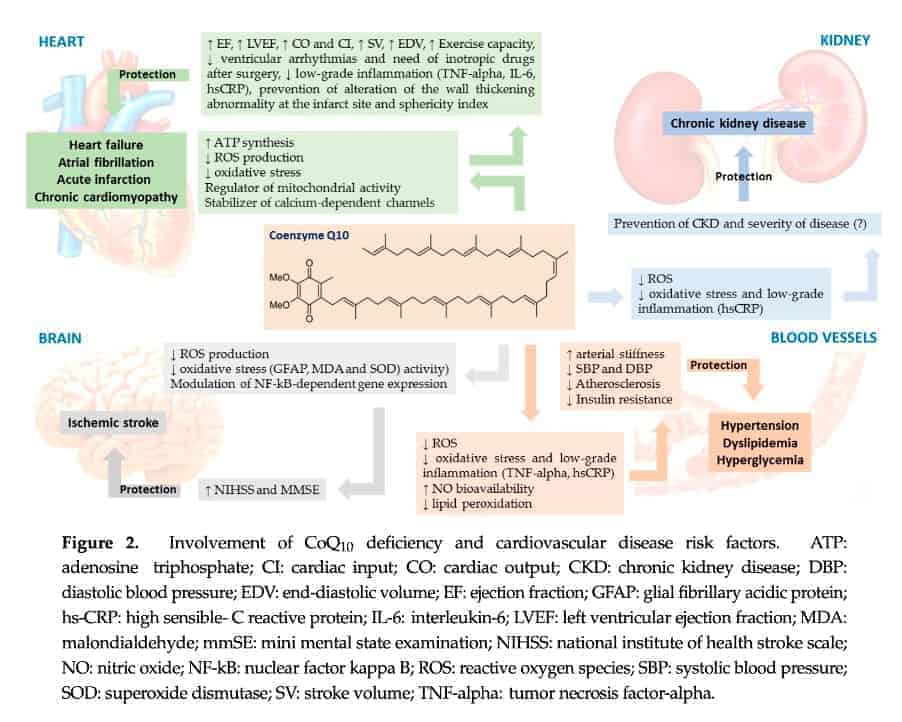 ATP production inside the mitochondria of a cell – Image from Science Magazine.

CoQ10 is used in a wide variety of conditions but has been shown to have particular benefits in cardiovascular disease including heart failure, high blood pressure, high cholesterol (it also prevents LDL cholesterol from becoming oxidised which is what leads to hardening of the arteries), diabetes, chronic kidney disease, chronic fatigue syndrome, migraines and headaches, periodontal disease and Parkinson’s disease.

CoQ10 also plays a significant role in boosting the immune system because the tissues and cells involved with immune function require a lot of energy, meaning they also need an adequate supply of CoQ10.

Most of the daily CoQ10 requirement is made within the body but we do get a small amount from our diet.

As we age, our ability to produce CoQ10 decreases so CoQ10 deficiency is more common in older adults. Other things that reduce CoQ10 levels include poor eating habits, infections, stress and high levels of oxidative stress.

Low levels of CoQ10 may be a particular problem in people prescribed the cholesterol lowering drugs statins (eg. atorvastatin, pravastatin, rosuvastatin) because CoQ10 is made by the same pathway that is blocked by statin drugs.

Other medications shown to lower the body’s production of CoQ10 include beta blockers, diabetic medications, tricyclic antidepressants and some antipsychotic medications.

Levels of CoQ10 have been shown to be lower in people with CKD, not surprising really when you take into account some of the causes of CoQ10 deficiency.

CoQ10 is a great supplement for people with CKD for a number of reasons:

In a small study of people with CKD, half the patients received CoQ10 while the other half were given a placebo. After four weeks, the patients receiving CoQ10 showed a significant reduction in blood creatinine and urea levels. The CoQ10 trial also lowered the number of patients who ended up needing dialysis; only 36.2% of CoQ10 patients were receiving dialysis compared to 90% in the placebo group.

When looking to supplement with CoQ10 we need to think about both the type of CoQ10 we’re supplementing and the form of the supplement.

Ubiquinol is also 3 to 4 times better absorbed by the body than ubiquinone.

Being a fat-soluble antioxidant, gel and oil-based formulations of CoQ10 are better absorbed by the body when compared to capsules or tablets.

BioPerine® is a patented extract derived from black pepper fruits (Piper Nigraum) that has been used as a bioavailability enhancer for nutrients like CoQ10 for over 20 years. Nutritional formulas that have BioPerine® added have been shown in studies to enhance the overall serum levels of CoQ10 by 30% in individuals when taken over a 21 day period.

This make supplements that have added BioPerine®  to their formulas another great option to enhance the absorption of CoQ10 meaning more bang for your buck!

So Which One to Buy?

So what does this all mean? If you want to ensure you’re getting the most out of your CoQ10 supplement, you’re better off spending a little extra and buying either the ubiquinol form in a gel or oil-based capsule, or buying a formula that has BioPerine® added to it to improve over all CoQ10 absorption levels.

The therapeutic dose of CoQ10 is 100mg-600mg a day. To improve absorption and availability for the body, consider dividing the dose you’re taking over the day, ie. Instead of taking 300mg once a day, take 150mg twice a day and take it with a meal containing some fat to increase absorption.

CoQ10 is structurally similar to vitamin K so there are concerns that it could potentially interact with the anticoagulant warfarin however available clinical trial evidence doesn’t support these claims. Even so, make sure you discuss this with your healthcare provider as closer monitoring of your INR when starting CoQ10 may be required.

So there you have it, there’s everything you need to know about CoQ10 and its role in kidney health and healing. If you found this article interesting or helpful, please be sure to share it with your friends.