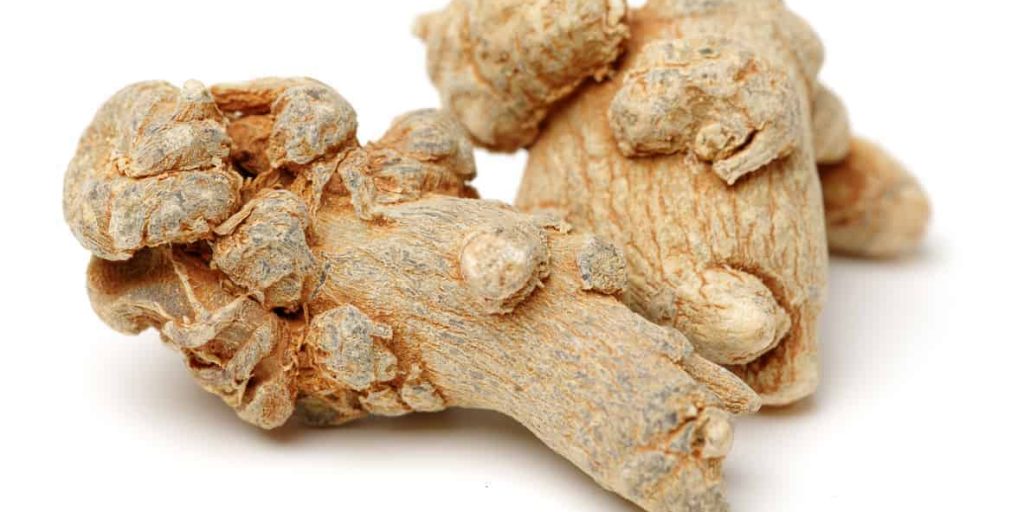 For thousands of years, health practitioners in China have relied on Tienchi ginseng to treat and support recovery from a wide range of health conditions. This traditional herb is so revered that the 1578 Compendium of Materia Medica (the most complete and comprehensive medical book ever written in the history of Traditional Chinese medicine) referred to Tienchi ginseng as ‘more precious than gold.’

You may have also encountered it under one of its other common names: notoginseng, sanchi, or scientifically as Panax notoginseng. Regardless of what it’s called, Tienchi ginseng has incredible benefits for your kidney and cardiovascular health (amongst other things!). 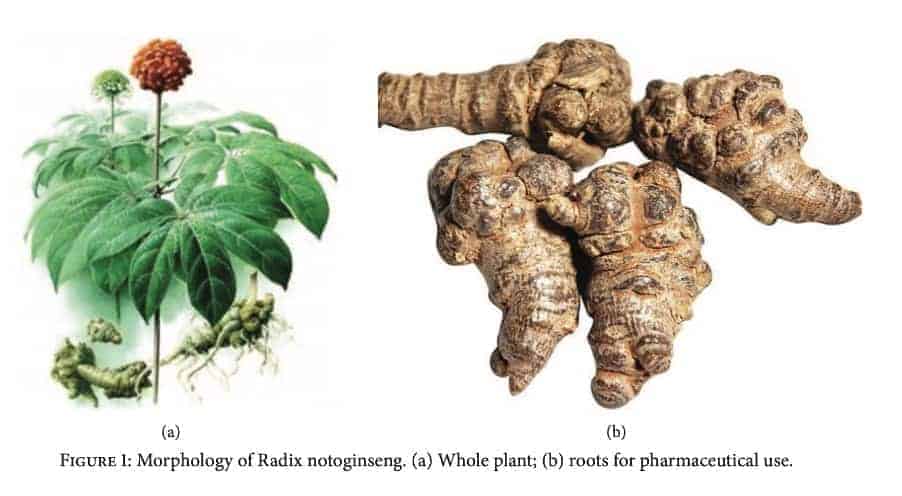 Let’s start off with some of the actions of Tienchi ginseng:

I particularly want to highlight Tienchi ginseng’s benefits when it comes to the kidneys and cardiovascular system and why we recommend it as one of our key kidney healing herbs.

The short story is that Tienchi ginseng protects and heals the kidneys.

A study was done on patients with CKD who were treated with Tienchi ginseng. After two months there were improvements in serum creatinine, creatinine clearance, blood urea nitrogen (BUN), uric acid, haemoglobin and a reduction in urinary protein.

If you’re interested in understanding HOW Tienchi ginseng benefits the kidneys then read on (this is the long story!).

Tienchi ginseng benefits the kidney in a number of different ways:

Systemic inflammation plays a primary role in contributing to a wide range of diseases, disrupting normal function and affecting every part of the body. Vital organs like the kidneys are highly vulnerable to damaging inflammatory compounds and getting inflammation under control can lead to restored function and prevent and reduce damage to the kidneys.

Over time, inflammation leads to damage and scarring in the kidneys which contributes to CKD and end stage renal disease (ESRD). CKD has been linked to a variety of specific inflammatory molecules including heavy hitters like NF-kB (nuclear factor-kappa beta) and TNF-a (tumour necrosis factor-alpha), both of which can be down-regulated by Tienchi ginseng.

Oxidative stress occurs when the free radicals in the body outnumber stabilising antioxidants. Those free radicals are well known to contribute to kidney damage and progression of kidney disease amongst other diseases.

Reduced flexibility in the arteries and veins increases the pressure of blood against artery and vein walls and causes damage to blood vessels and filters in the kidney. Research has shown that several active compounds in Tienchi ginseng act on different factors that regulate blood vessel flexibility, improving blood flow to the kidneys (and all other organs) and lowering blood pressure.

A final, common pathway in CKD is fibrosis, the formation of internal scar tissue. Kidney scarring results in a progressive loss of kidney function and if not prevented or treated, ultimately leads to ESRD. One of the main triggers to renal fibrosis is a growth factor called transforming growth factor-beta 1 (TGF-B1). Studies show that Tienchi ginseng suppresses the production of TGF-B1 and in doing so inhibits kidney fibrosis. 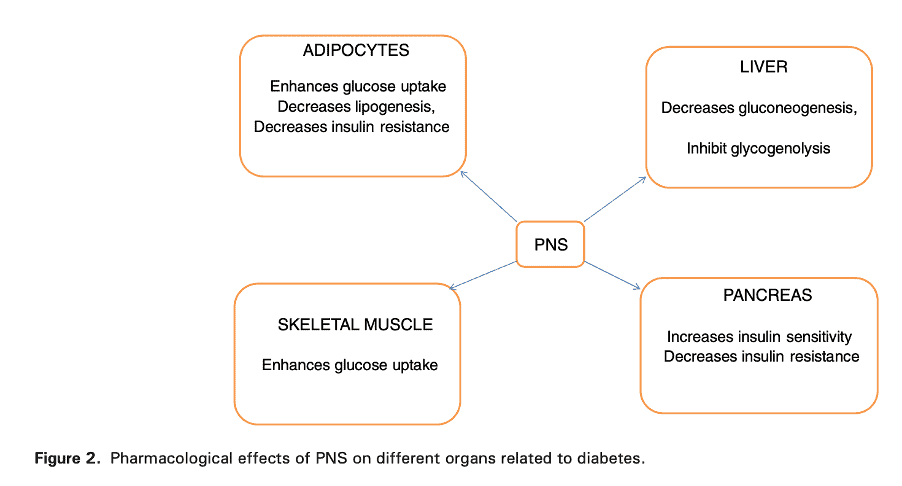 Tienchi ginseng has anti-diabetic actions and may prove to be of clinical importance in improving the management of type 2 diabetes (the number one cause of CKD). It has also been reported that Tienchi ginseng could be used to prevent diabetes complications.

This herb possesses blood sugar lowering activities by improving insulin sensitivity and reducing insulin resistance. Lowering blood sugar levels helps to protect the kidneys from damage but Tienchi ginseng does more than just this. It also reduces the chronic inflammation and oxidative damage that occurs in diabetes, not only reducing damage to the kidneys but also the pancreas and other organs affected by diabetes.

Animal studies have shown that Tienchi ginseng protected against and reversed the changes induced by diabetic kidney disease including lessening of kidney fibrosis and glomerulosclerosis. Healing and protecting the structure of the kidneys in turn improves the function which has been shown by lowered serum creatinine and BUN and reduced proteinuria. 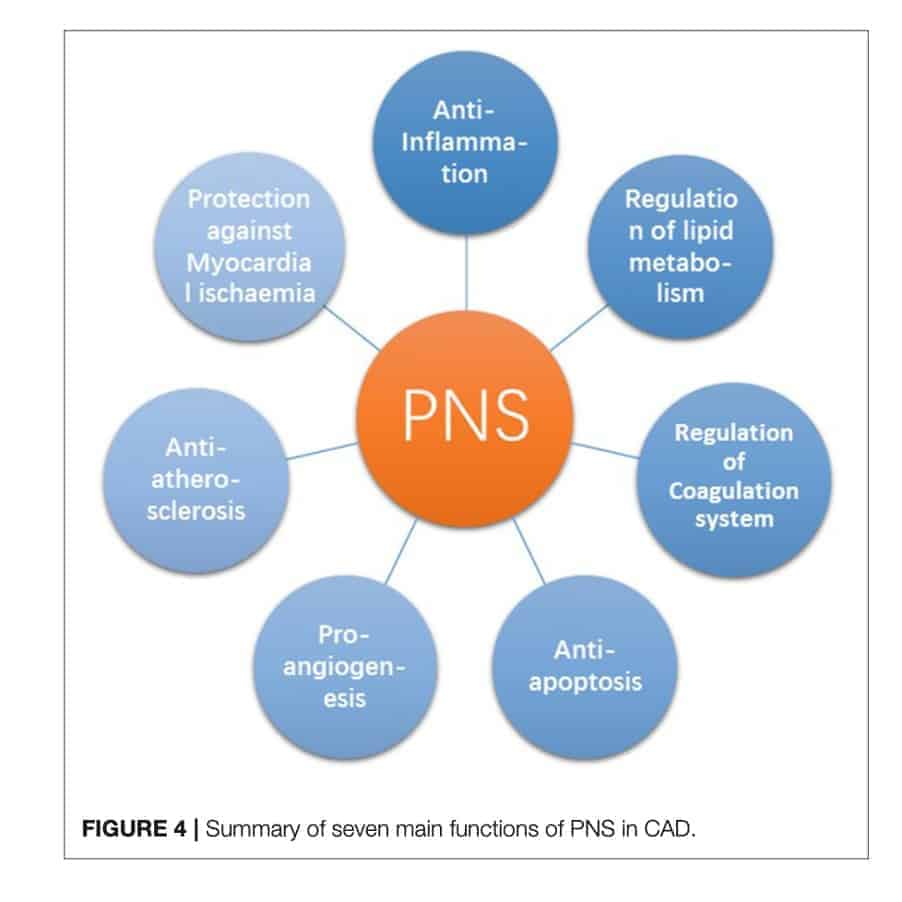 As you can see, Tienchi ginseng has multiple actions that make it a key herb in the treatment of CKD but it’s not just it’s kidney protective actions that are so important.

Tienchi ginseng is also widely recognised for its beneficial impact on cardiovascular health. The herb has been used traditionally throughout China to treat and prevent heart disease, and modern science has solidly confirmed its efficacy and safety profile.

In a comprehensive scientific review published in 2017, researchers looked at dozens of clinical trials where Tienchi ginseng (or its constituents) were used to treat potentially deadly coronary artery disease. They learned that this herb works in a variety of ways that all contribute to improved cardiovascular health including:

These actions can make an enormous difference in patient outcomes. For example, a trial that included 600 patients with coronary heart disease revealed that patients getting PNS (panax notoginseng saponins) had reduced risk of cardiac death and heart attack.

Other actions of Tienchi ginseng

I thought I’d just highlight one more important action of Tienchi ginseng that might be of interest and that’s it’s adaptogenic effect.

Adaptogens help the body adapt to stress and help to reduce the negative effects that stress has on the body of which there are many! As stressors build up, the body might struggle to keep everything in balance and aside from feeling overwhelming and exhausting, it can have tangible effects on every body system from our immune system, to our nervous system, to our kidneys.

Stress and fatigue go hand in hand. Tienchi ginseng can improve physical performance and vitality during times of stress by increasing circulation and improving the function of mitochondria (the energy powerhouses in our cells). This doesn’t just mean improved energy levels but also means more energy available to the body to be used for healing.

When we’re stressed, our immune system becomes suppressed, making us more vulnerable to all kinds of illness. Tienchi ginseng’s active ingredients like ginsenosides also help to support the body’s immune system during times of stress.

Maintenance dose: 1gm to 2gm once or twice a day

Tienchi ginseng is contraindicated in pregnancy. It can also augment the actions of diabetic medications due to its blood sugar lowering effect so closer monitoring of blood sugar is needed.

If looking to start using Tienchi ginseng, make sure you purchase the correct herb. There are a number of different herbs with similar sounding names such as Korean ginseng (Panax ginseng), American ginseng (panax quinquefolius) and Siberian ginseng (Eleuthrococcus senticosus). Make sure you purchase the herb with the botanical name Panax notoginseng or Tienchi ginseng as these herbs all have different actions and can’t be used interchangeably.

Make sure you consult your healthcare practitioner before starting any new supplements to make sure they are appropriate for your use.

And there you go, there’s the ‘long’ story highlighting the actions of Tienchi ginseng and its benefits in both kidney disease and cardiovascular disease. Hopefully it’s given you a better understanding of why we recommend Tienchi ginseng as one of the key herbs for protecting and healing the kidneys.

If you’ve found this information useful, please let me know by clicking the ‘SHARE’ buttons below and come over and join our community on Facebook.