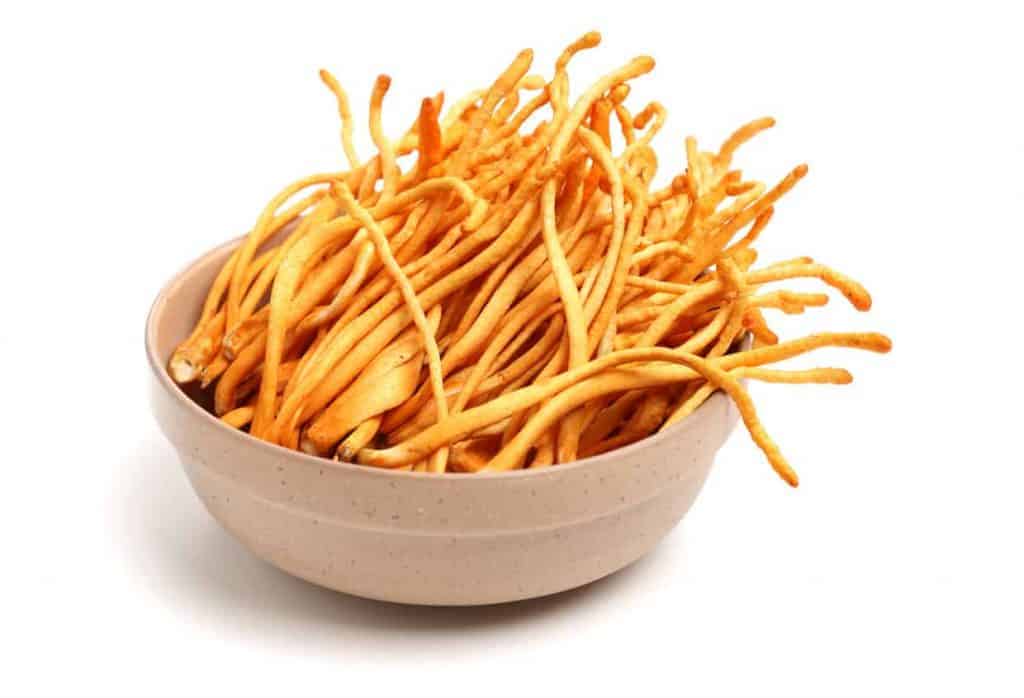 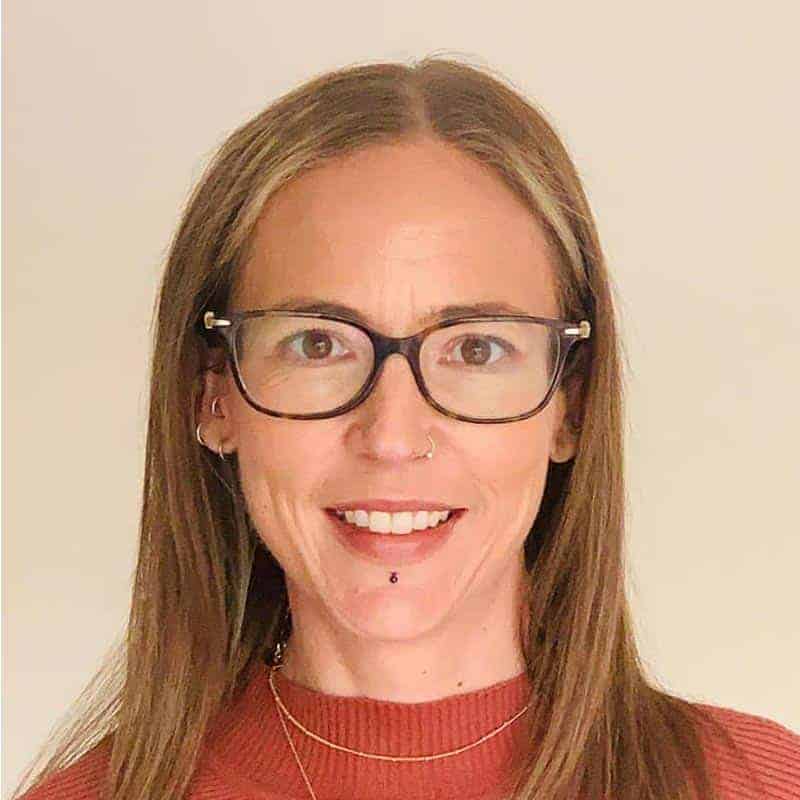 Cordyceps is actually a genus of mushrooms, and the term has been used to refer to a number of different species- most commonly Cordyceps sinensis and Cordyceps militaris. These are not your traditional cap and stem mushrooms, the Cordyceps fruiting body is actually known as an ascocarp, but for our purposes, we can just refer to it as a mushroom!

Cordyceps mushrooms are parasitic, meaning that they need a living host which will eventually be killed by the fungus. The host is typically an insect, or tree or even another fungus. Cordyceps are found all over the world, but are most commonly found in Asia. The traditional Cordyceps Sinensis grows naturally on caterpillars high in the mountains of China. 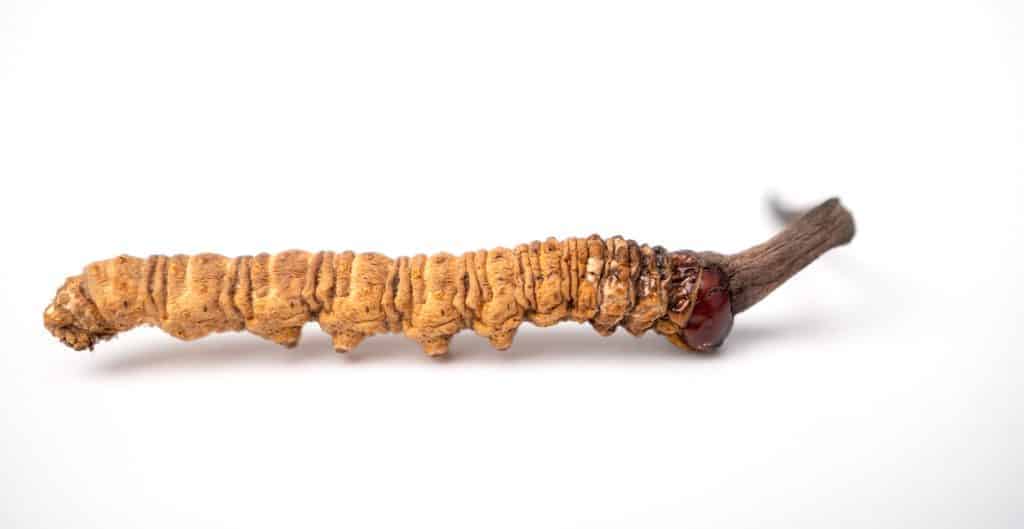 Cordyceps is valued as a tonic herb in TCM and is used to treat a wide range of disorders including respiratory, kidney, liver and cardiovascular diseases, low libido and impotence and to support stamina and energy levels.

People outside China were first attracted to Cordyceps after multiple Chinese runners shattered track and field records at the Chinese national games in Beijing and their coach attributed their success to a diet containing Cordyceps.

So, as you can see- Cordyceps seems to have a long list of therapeutic actions and is used widely in order to improve health in a number of different ways but there’s one area I want to particularly focus on, and I don’t think there’s any surprise about what area that is……

The kidneys of course!!

Cordyceps has a long history of use for the treatment of chronic kidney diseases and we’re starting to see more and more research backing this up and giving us a better understanding of why Cordyceps is so beneficial when it comes to protecting and healing the kidneys.

To get us started I thought I’d mention one study that will give you a better understanding of the potential Cordyceps has for improving kidney function, then we’ll take a deeper look at how Cordyceps does this.

The study is actually a Cochrane review which is the gold standard when it comes to research papers. In this Cochrane review, 22 studies were reviewed to evaluate the therapeutic effects of Cordyceps for the treatment of CKD.

So now let’s have a look at how Cordyceps protects the kidneys. 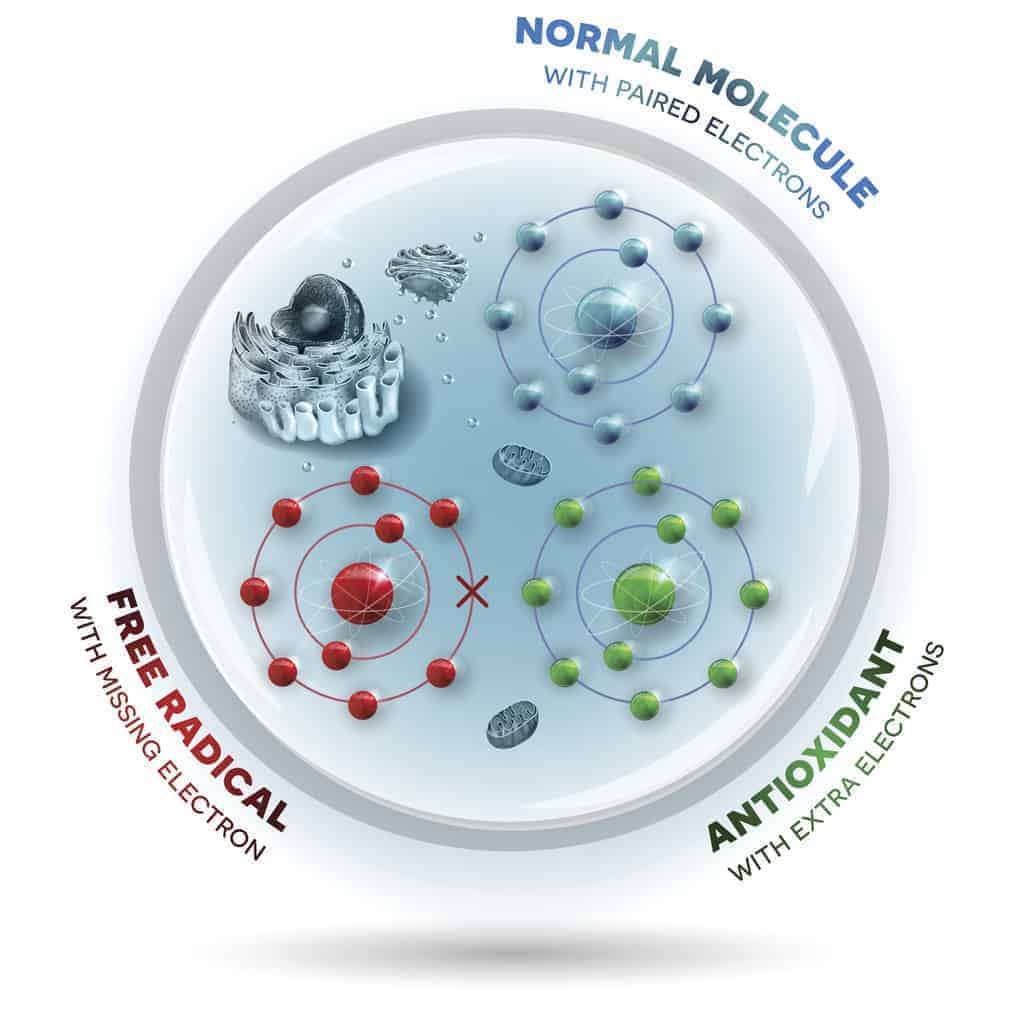 Reactive oxygen species (ROS) are well recognised as playing a dual role in biological systems since they can be either beneficial or harmful to living organisms. When there’s an overproduction of ROS or not enough antioxidants, this is when problems occur including damage to the lipids, proteins and nucleic acids of cells. This injury to cell structures leads to several diseases such as cancer, atherosclerosis (plaque in the arteries), cardiovascular disease, diabetes and kidney disease.

High levels of reactive oxygen species or oxidative stress is well known to be part of what causes kidney disease and is also implicated in the progression of kidney disease.

There is increasing evidence that Cordyceps has antioxidant activity, specifically by increasing the antioxidant enzymes SOD (superoxide dismutase) and boosting glutathione levels which might be one of the mechanisms behind the antiaging, anticancer, anti-inflammatory, anti-atherosclerosis, immunomodulatory and kidney protective effects of Cordyceps.

Cordyceps is said to help fight inflammation in the body. Although some inflammation is good, too much can lead to disease. Inflammation is well known to contribute to the development and progression of CKD and lowering inflammation is really important when it comes to healing the kidneys and protecting them from further damage.

Research has shown that when human cells are exposed to Cordyceps, specific proteins that increase inflammation in the body become suppressed. This includes the heavy hitters that are primarily responsible for inflammation related damage in CKD- NF-kB (nuclear factor-kappa beta), TNF-a (tumour necrosis factor-alpha) and IL-1B (interleukin-1 beta).

Renal fibrosis or scarring occurs after injury to the kidneys from any cause and results in a progressive loss of kidney function and if not prevented or treated, ultimately leads to ESRD.

One of the primary triggers to renal fibrosis (alongside inflammation and oxidative stress) is a growth factor called transforming growth factor-beta 1 (TGF-B1). Studies show that Cordyceps has a direct antifibrotic action by reducing TGF-B1, reducing inflammation and oxidative stress. Animal studies have shown that treatment with Cordyceps has resulted in less fibrosis and sclerosis of the kidneys.

A large body of evidence indicates that CKD is driven by reduced oxygen (hypoxia) in the kidneys. Hypoxia sets off a whole range of inflammatory molecules and a reduction in antioxidant enzymes that go on to damage the kidneys.

Cordyceps helps to get more oxygen into cells and studies have shown that it blocks the oxidative damage and maintains the antioxidant status of hypoxia exposed cells. It also stops the increase in inflammatory molecules like NF-kB which is triggered in hypoxic conditions.

Cordyceps has multiple benefits when it comes to treating diabetes and diabetic kidney disease. Cordyceps lowers blood glucose levels by improving insulin resistance plus its anti-inflammatory and antioxidant actions also protect the kidneys from the damage that comes from elevated glucose levels, something that diabetic medication fails to do.

Patients with kidney disease are frequently prescribed angiotensin-converting enzyme inhibitors (ACEI) or angiotensin receptor blockers (ARB) to reduce albuminuria (protein loss in urine) and delay the progression of kidney disease. However, in spite of these medications, kidney disease still progresses.

Large scale studies conducted in people with diabetic kidney disease have shown that when Cordyceps is administered alongside these medications, kidney function improves, albuminuria is reduced, blood pressure decreases, and cholesterol levels improve.

Cordyceps is classified as an immune modulator which means that it helps to balance the immune system.

In fact, a review of 507 patients with lupus nephritis found that when Cordyceps was added to immunosuppressive agents, the combination treatment significantly improved clinical symptoms and disease activity scores, improved kidney function, lowered creatinine levels and albuminuria and significantly lowered the infection and adverse reaction rates when compared to immunosuppressive agents alone.

The immunosuppressive drug cyclosporine- commonly prescribed to transplant patients- actually comes from another species of Cordyceps- cordyceps subssesilus- so it makes sense that Cordyceps has benefits when it comes to kidney transplant recipients. 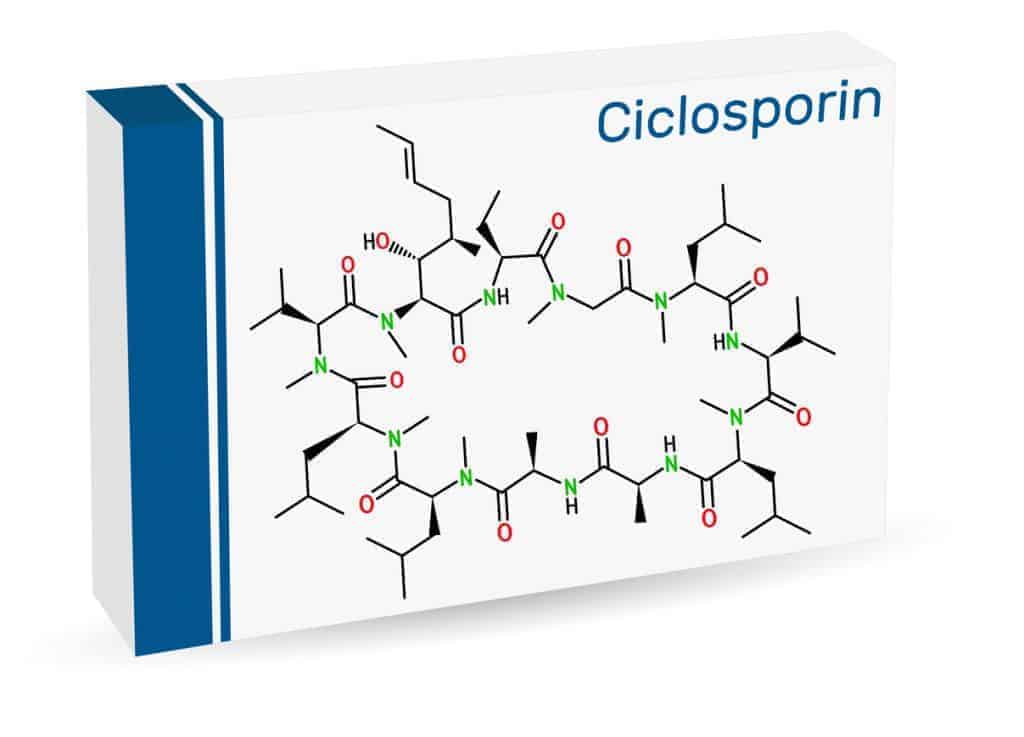 Kidney transplant recipients need to take several immunosuppressive drugs following surgery to prevent rejection. However, these drugs can cause side effects which can compromise long-term survival for both patients and the transplanted kidneys.

The drugs used to prevent rejection of transplanted kidneys significantly reduce acute rejection rates and provide excellent early outcomes but are associated with higher prevalence of high blood pressure, high cholesterol, cardiovascular events and liver and kidney toxicity and have no real benefit on rejection rates in the long-term.

In China, Cordyceps is commonly used as an adjuvant immunosuppressive agent in both initial and long-term maintenance treatment for kidney transplant recipients because of its immunomodulating activity, antioxidant activity and anti-inflammatory properties to suppress organ rejection, reduce immunosuppressive drug use and protect patients from drug related side effects.

The results of a Cochrane review assessing the use of Cordyceps (alongside conventional immunosuppressants) in patients following a kidney transplant found that Cordyceps can:

Cordyceps is actually a genus of mushrooms, and the term is used to refer to a number of different species, with the most common being Cordyceps sinensis and Cordyceps militaris. True Cordyceps sinensis is found in Asia, tucked between the Himalayas on the Tibetan plateau and is therefore highly prized and incredibly expensive!

The demands for supplemental Cordyceps today are just too high to rely on wild harvested Cordyceps sinensis– and using the fungus in this way is unsustainable both ecologically and economically.

Luckily there is a species of Cordyceps that has a compound profile extremely similar to Cordyceps sinensis, known as Cordyceps militaris. In fact, these two mushrooms have historically been used interchangeably in TCM.

While Cordyceps sinensis mycelium can be very similar to actual Cordyceps sinensis in terms of chemical make-up and quantity of beneficial compounds, the problem is that it can be hard to be sure that you are getting what you think you are getting, as identification without actually fruiting the mushroom is difficult. For this reason it’s important to ensure your source of Cordyceps mushrooms come from a reputable source.

Cautions & Contraindications: Cordyceps should be avoided alongside anticoagulant medications and MAO inhibitor drugs, or if there is active bleeding.

Before starting any new supplements, make sure you consult your healthcare practitioner to make sure the supplement is appropriate for your use.

Hopefully you’ve found this information useful and I’ve given you a better understanding of just some of the benefits of Cordyceps and why we recommend its use in the treatment of kidney disease. Let me know what you think by leaving a comment on our facebook page or clicking the ‘SHARE’ button below. 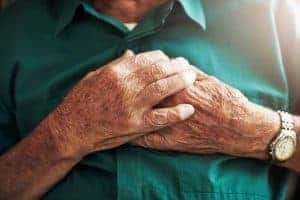 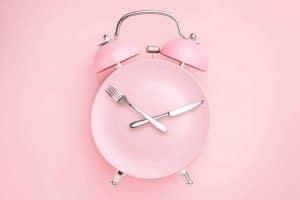 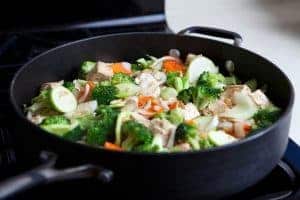 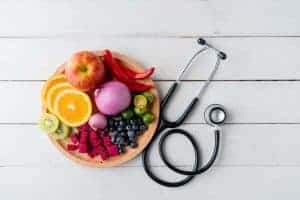 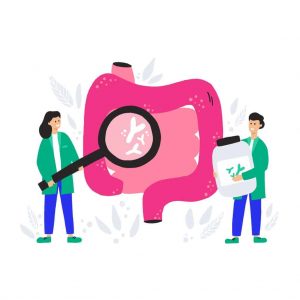 What Are The Benefits Of Intermittent Fasting & Kidney Disease? 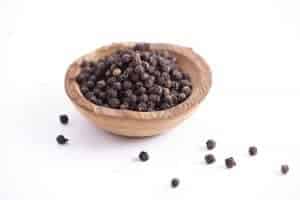 What Is All The Fuss About BioPerine?