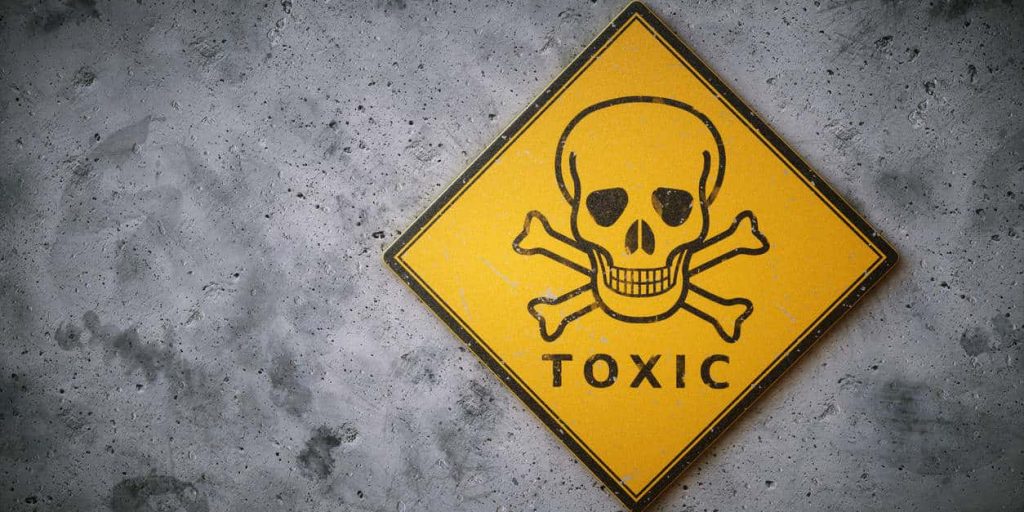 Invisible, odourless, and virtually undetectable to us, heavy metals are increasingly being recognised for their damaging effects on our health.

Some people are surprised to find out that we are all exposed to heavy metals every day. Heavy metals are naturally present in the earth and used in many modern-day applications such as agriculture, medicine and industry. Large amounts of heavy metals get disposed of as industrial waste and they are not biodegradable, which means that they remain in the environment for long periods of time. For this reason, despite the fact that stricter regulations have been enforced by some countries limiting the disposal of heavy metals, high levels are still present in soil, sediment and waterways, resulting in chronic exposure in the general population.

There are actually a large number of different heavy metals but they are not all bad for you. We need small amounts of some heavy metals like copper, zinc and iron to keep our bodies healthy. Heavy metals in the environment that are commonly found to be linked to adverse health problems include mercury, lead, cadmium and arsenic. 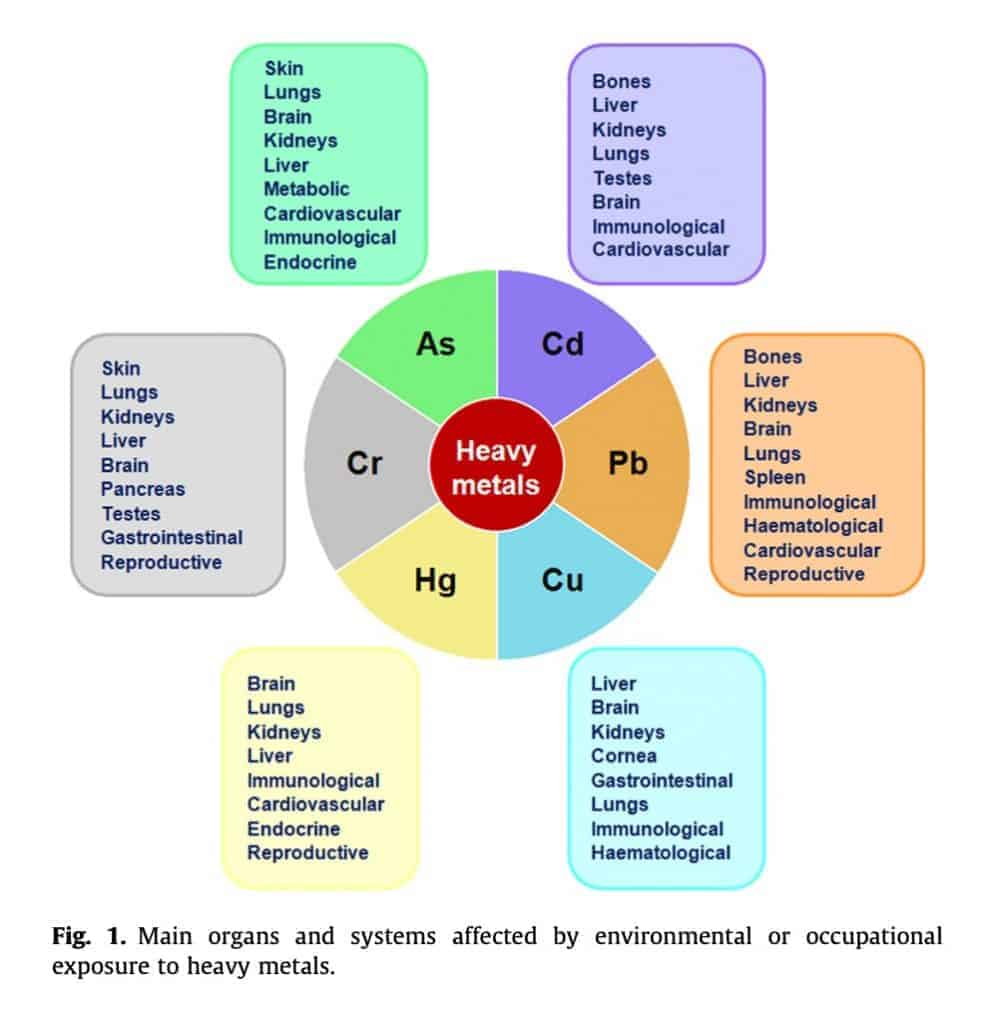 Acute heavy metal poisoning happens if you get a high dose of heavy metals at one time, like in a chemical accident in a factory or after a child swallows a toy made with lead. Symptoms of acute toxicity usually come on quickly and vary depending on the toxic metal you were exposed to but may include nausea, vomiting, diarrhoea, confusion, abdominal pain, liver failure and kidney failure. Because of the severity and speed of symptoms it’s usually easy to identify the cause.

Through the body’s impressive detoxification systems, it is usually able to keep up with some exposure to heavy metals. The problem occurs when exposure is greater than what the body can deal with or when our ability to deal with and detoxify heavy metals is impaired.

Here are some of the more sources of ‘the big four’- mercury, lead, cadmium and arsenic.

Heavy metal toxicity and the kidneys

Being the major route of excretion from the body, the kidneys are highly vulnerable to heavy metal toxicity. While that is bad enough, the other problem is that when the body can’t deal with and detoxify the heavy metals we are exposed to, they start to accumulate in our organs and bones.

Unfortunately, as you can see, the kidneys are a site of storage for most toxic heavy metals which is just another reason why kidney damage is a potential consequence of exposure to most heavy metals.

Heavy metals exhibit their damaging effects on the kidneys by:

The extent of kidney damage by heavy metals depends on the nature, the dose, route and duration of exposure. Both acute and chronic exposure have been demonstrated to cause nephropathies, with various levels of severity ranging from tubular dysfunctions like acquired Fanconi syndrome to severe renal failure leading occasionally to death. 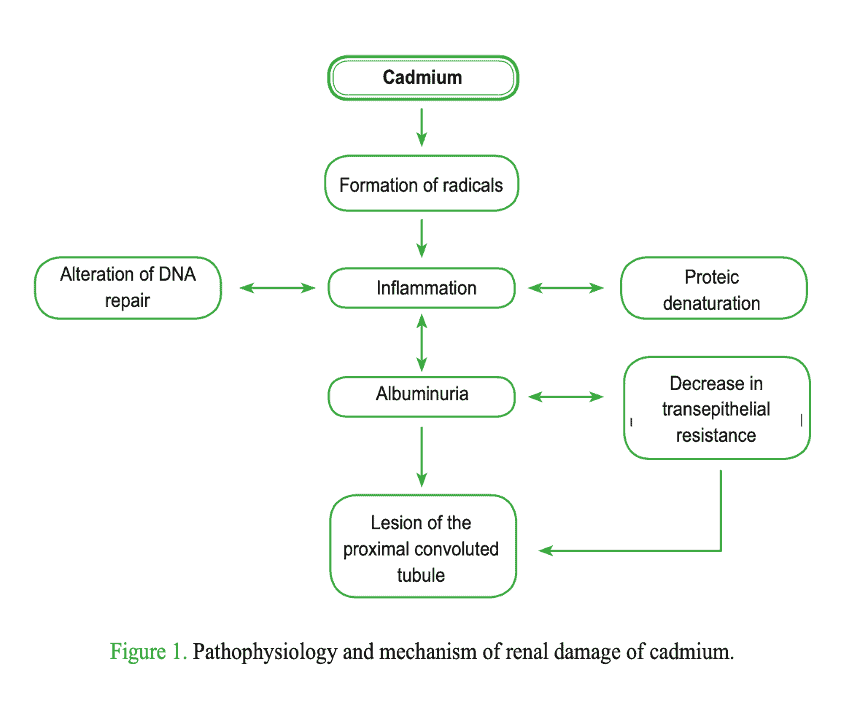 All heavy metals have the ability to cause kidney damage but there’s one that’s probably best known for its link to kidney damage and CKD and that is cadmium.

Cadmium is one of the main contaminants in soil and can accumulate in the body via the food chain or cigarette smoking. The kidneys are the main organ affected by cadmium exposure and toxicity. Around 50% of cadmium in the body is actually stored in the kidneys.

Cadmium induced kidney damage has been widely investigated with several studies showing that cadmium exposure may increase the risk of CKD. Cadmium nephropathy has traditionally been observed in workers exposed to high levels of cadmium, but recent data suggests that even relatively low levels of exposure increase the risk of kidney dysfunction. Cadmium linked kidney toxicity is observed in people whose intake is well within the provisional tolerable weekly intake set by the World Health Organisation (WHO). Women, children and people with confounding health conditions such as diabetes may be especially susceptible.

Cadmium toxicity was first described in the 19th century in those working in zinc smelters. In 1948, cadmium was first linked to renal toxicity when industrial workers exposed to cadmium dust in an electric battery plant showed evidence of proteinuria (protein loss in urine). 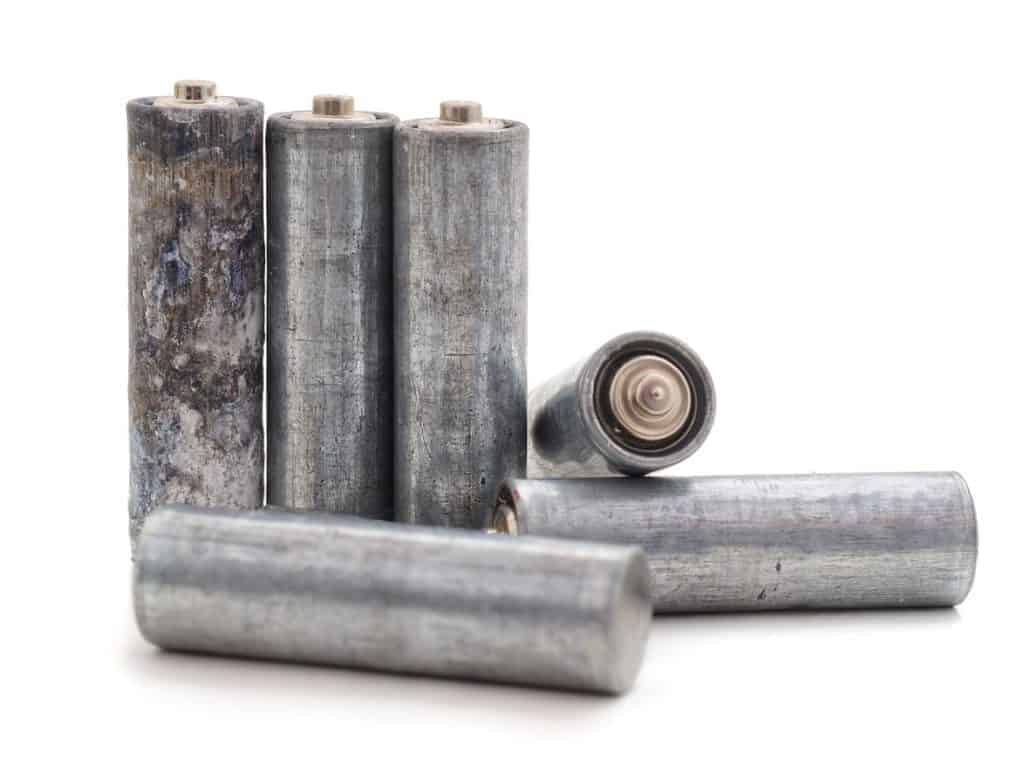 It’s not just the kidneys that are affected by cadmium exposure. High exposure to cadmium has also been linked to:

There is no one perfect test to assess levels of heavy metals in the body. One of the reasons being that as I mentioned, heavy metals are stored in various organs so measuring blood levels or urine levels may not give an accurate picture of total body burden.

The most common ways to test for heavy metals is through blood tests, urine tests or hair testing. Each of these has their own pros and cons and the most appropriate test may vary depending on the heavy metal you are measuring and whether you are testing for recent or chronic exposure.

Here are the more common tests:

So now we know that we are all exposed to heavy metals on a daily basis and that they can have widespread and highly damaging effects on our kidneys and virtually every other body organ. So the next obvious question is- what can we do about it? 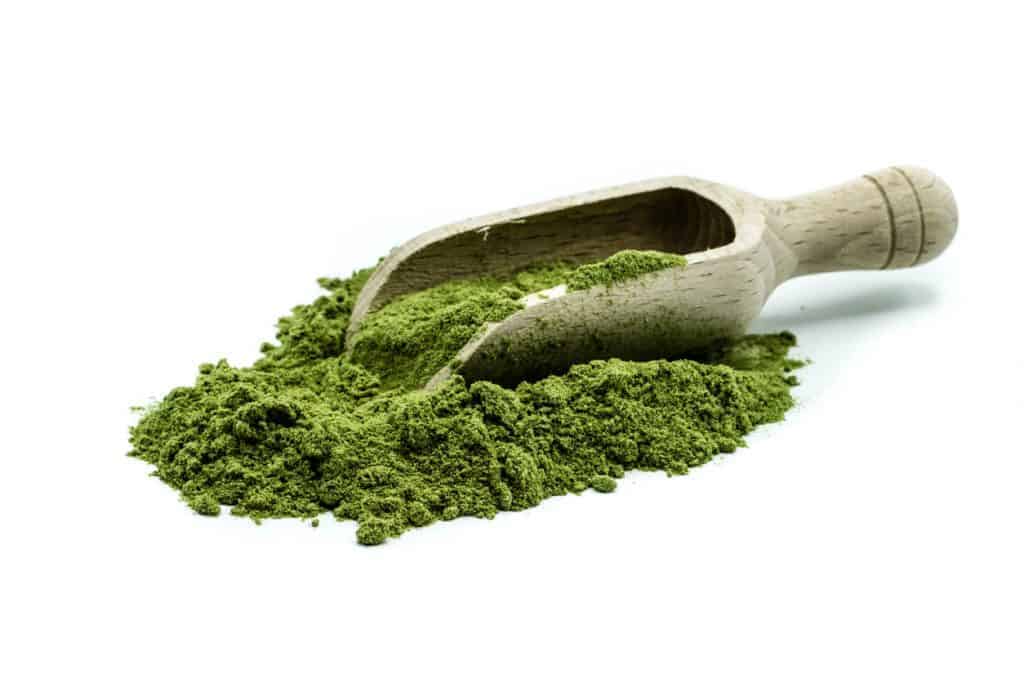 Selenium: may inhibit mercury and lead absorption and increase toxic metal excretion. It can also reduce the toxicity of some heavy metals such as cadmium and mercury.

Vitamin C: can protect against oxidative damage caused by lead, mercury and cadmium. It may also prevent the absorption of lead as well as reduce its uptake into cells and decrease its toxicity.

Alpha lipoic acid: is a powerful antioxidant that has been shown to chelate a number of heavy metals including cadmium and lead. In an animal study, alpha lipoic acid reduced cadmium associated oxidative stress and improved the activity of antioxidant enzymes in the kidneys.

Make sure you discuss any new supplements with your doctor or naturopath before starting on them to make sure they are appropriate for your use.

On a final note

And for everyone else, implementing some of the recommendations I mentioned earlier will help protect your body against the wide variety of heavy metals we are all exposed to.

Hopefully you’ve found this article useful and if you have PLEASE let me know by clicking the ‘SHARE’ button below or better yet, come join our amazing community over on our Facebook page. I’d love to see you there!