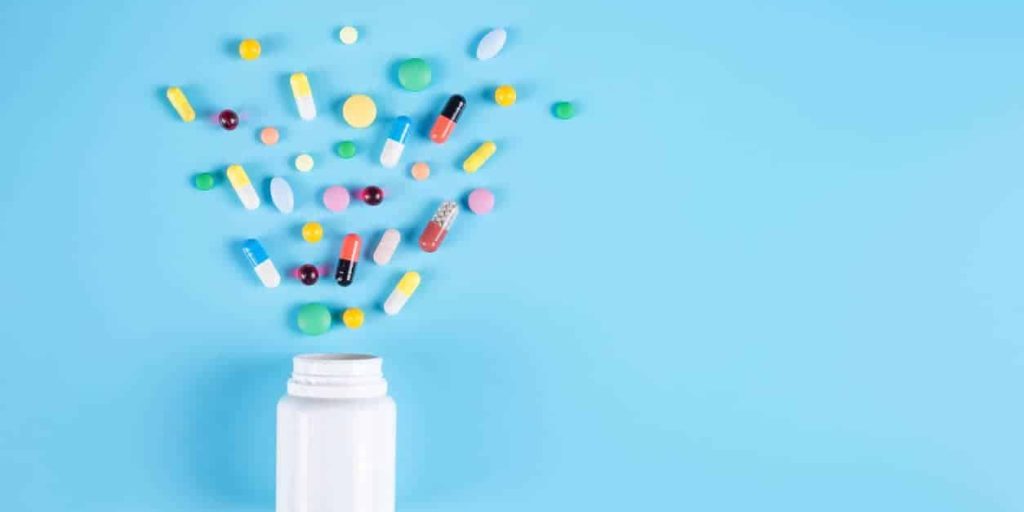 Are your medications causing Kidney Disease?

No matter what kind of medication you take, whether over-the-counter or prescription, it is destined to take a trip through your kidneys. Because the kidneys provide the final pathway for excreting drugs and their metabolites, they are unfortunately subjected to high concentrations of potentially toxic substances.

Medications that can damage the kidneys are known as nephrotoxic medications. Some of these medications mildly worsen kidney function, others can cause acute kidney injury (AKI) or lasting kidney damage.

Drugs cause nephrotoxicity in different ways but their main effects can be grouped into four categories:

The risk for kidney damage depends on your individual health and other medications you are taking. People with existing kidney conditions or damage are at much greater risk of harm by nephrotoxic medications.

Today I wanted to take a look at some of the top medications that are known to have kidney damage as a potential side effect. It is worth noting that whenever you are prescribed a new medication that you should always read the warning material that accompanies the drug.

NSAIDs are a class of medications used for pain relief and to reduce inflammation. They include common over the counter pain relievers that many people take without thinking. Examples of NSAIDs include aspirin, celecoxib, diclofenac, ibuprofen, indomethacin and naproxen.

PPIs are among the most commonly used drugs worldwide and are frequently prescribed for reflux or indigestion. PPIs include the drugs esomeprazole, pantoprazole and omeprazole.

Recent studies show that PPI use is associated with a higher risk of CKD, CKD progression, and end stage renal failure.

Diuretics, or water pills help the body excrete excess salt and water. They are frequently prescribed to reduce blood pressure, take the workload off the heart in heart failure or to reduce kidney failure related swelling. Common diuretics include loop diuretics such as furosemide (Lasix) and bumetanide (Bumex); thiazide diuretics such as hydrochlorothiazide and potassium sparing diuretics, such as spironolactone (Aldactone).

Diuretics can cause dehydration that may decrease kidney function and can also lead to swelling and inflammation of the kidneys. 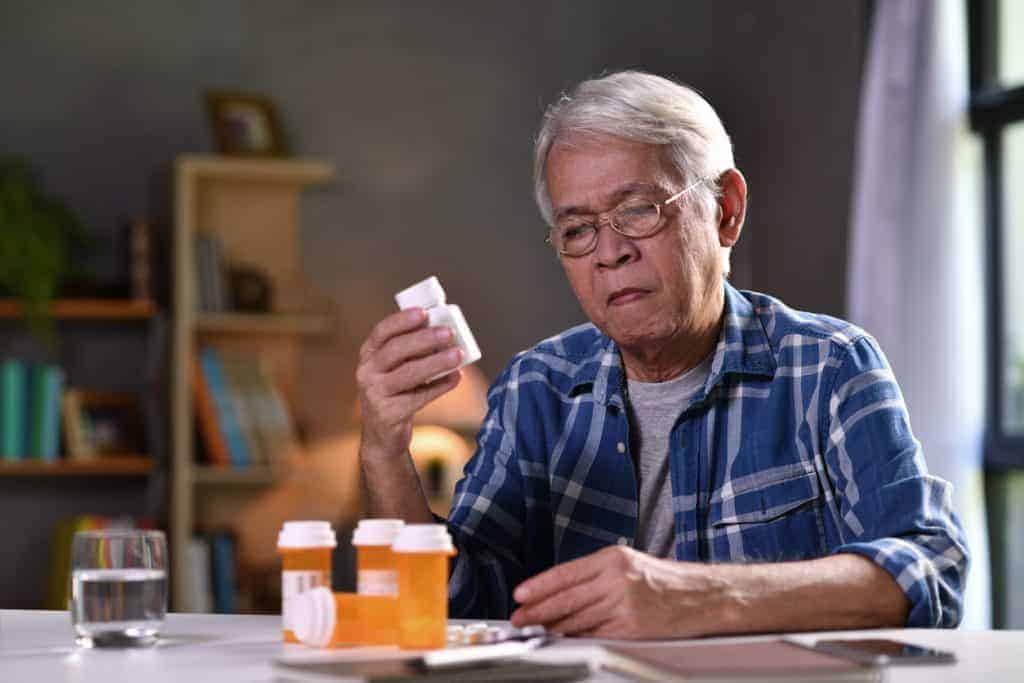 ACE inhibitors can be good and bad for your kidneys which makes things a little confusing! These are medications that tend to end in ‘pril’, like lisinopril, enalapril and ramipril. ACE inhibitors are popular drugs for high blood pressure and heart failure.

ACE inhibitors block the action of the hormone, angiotensin, to open blood vessels and lower blood pressure. This effect also lowers protein in the urine and blood pressure inside the kidneys which is why they are sometimes prescribed to people with CKD.

Because ACE inhibitors are metabolised by the kidneys, they do come with a risk of causing kidney damage, especially if you are dehydrated.

Various classes of antibiotics can harm the kidneys in different ways. Antibiotics such as aminoglycosides, cephalosporins, amphotericin B, bacitracin and vancomycin all have the potential to cause kidney damage.

Certain antiviral HIV medications are linked to long-term kidney damage and can increase your risk for kidney disease. Viread (tenofovir) and Reyataz (Atazanavir) have both been shown to cause AKI.

Antivirals such as acyclovir and Valtrex (valaciclovir), may lead to kidney swelling and inflammation and can also produce crystals deposits that can lead to obstruction of the ureters.

Radiocontrast dyes are used in diagnostic testing such as CT scans and MRI scans. In patients with pre-existing kidney disease, contrast media associated nephrotoxicity is a common cause of AKI.

Obviously, there are times when contrast dyes are necessary. If this is the case it is recommended that other nephrotoxic medications are stopped temporarily, and intravenous fluids be given before and after administration of the dye to reduce the risk of kidney damage.

Overactive thyroids require medication that may also cause kidney damage. Thionamides are a class of thyroid medications that include methimazole, carbimazole and propylthiouracil which can harm the function and health of the kidneys.

Lithium is a common medication used to treat certain moods disorder such as Bipolar Disorder. Treatment for Bipolar disorder usually ranges a lifetime and lifetime treatment using lithium may be harmful to organs including the kidneys.

Chemotherapy drugs such as Cisplatin, Carboplatin, Carmustine, Mitomycin, high dose Methotrexate and biologic agents such as interleukin-2 and interferon may harm kidney health and function.

The term ‘triple whammy’ refers to the use of an ACE inhibitor or angiotensin-II receptor blocker (ARB), with a diuretic and a NSAID. 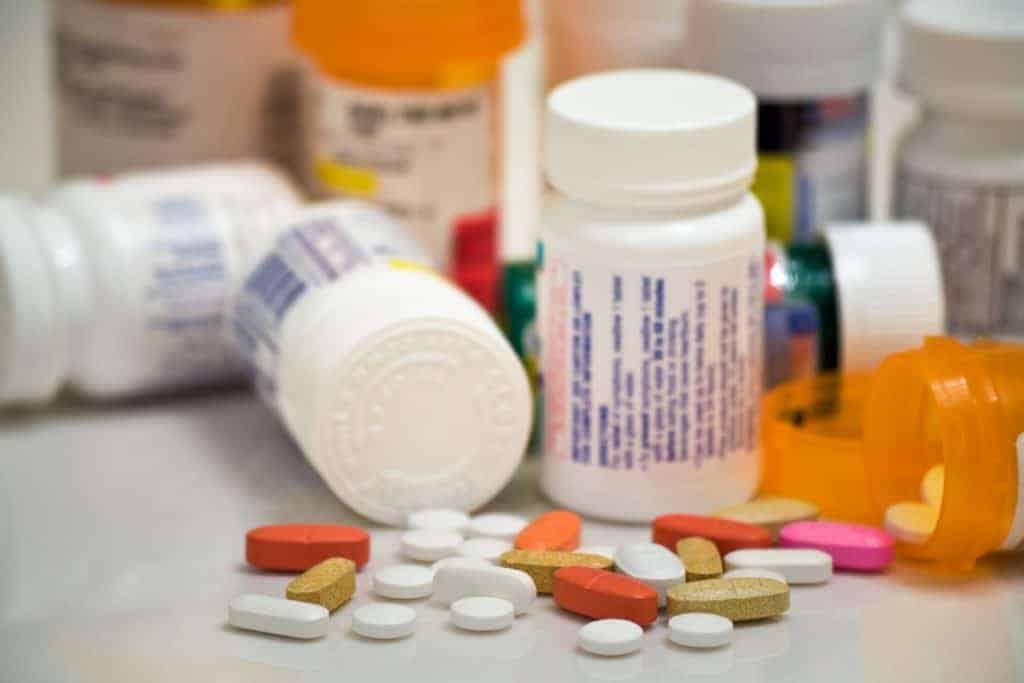 Experts have suggested that doctors should consider regular monitoring for impaired kidney function after starting or increasing the dosages of drugs associated with nephrotoxicity. According to one study, more than 30% of preventable kidney events related to medications were caused by a lack of proper monitoring.

There are also a number of medications that need dosage adjustment according to renal function. What this means is that as renal function decreases, the dose of the medication also needs to be reduced.

Tips to prevent the risk of kidney damage from medications

When you get sick from something like the flu or diarrhoea, or have trouble drinking enough fluids, your blood pressure may decrease. As a result, the pressure in your kidneys can be low too.

So, it’s important to plan ahead. Ask your health care provider or pharmacist what to do when you have pain or a fever, diarrhoea, nausea or vomiting which can lead to dehydration and increase the risk of AKI.

Before you start any new medication make sure your doctor is aware of any pre-existing kidney conditions. If there is a family history of kidney disease, it is worth mentioning that to your doctor too. If you are prescribed any of the medications I mentioned above and you have kidney disease, it may be worth seeking a second opinion or at least raising the issue with your doctor.

Prevention is always better than cure, so if in doubt, ask! There’s nothing wrong with seeking a second opinion, it is your health and your kidneys after all!

I hope you’ve found this information interesting and useful. If you did, don’t forget to share with your friends and family using the buttons below.