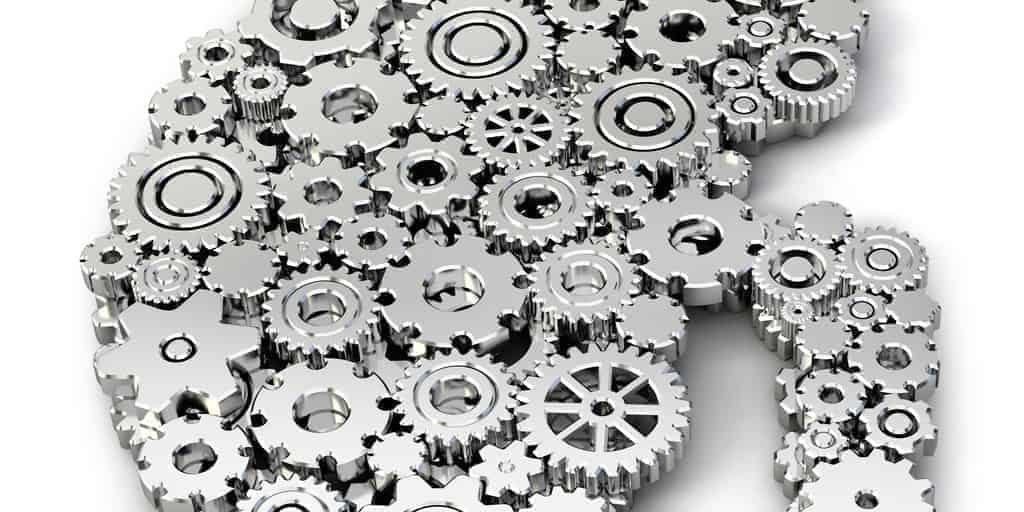 IgA nephropathy, an autoimmune condition also known as Berger’s disease, is the most common primary glomerulonephritis in the world and can result in progression to kidney failure/end-stage renal disease in some people. Thankfully, natural medicine offers a number of resources when it comes to treating IgA nephropathy and protecting the kidneys from damage. Read on if you’d like to know more!

Let’s start at the beginning:

So, how does IgA affect the kidneys? 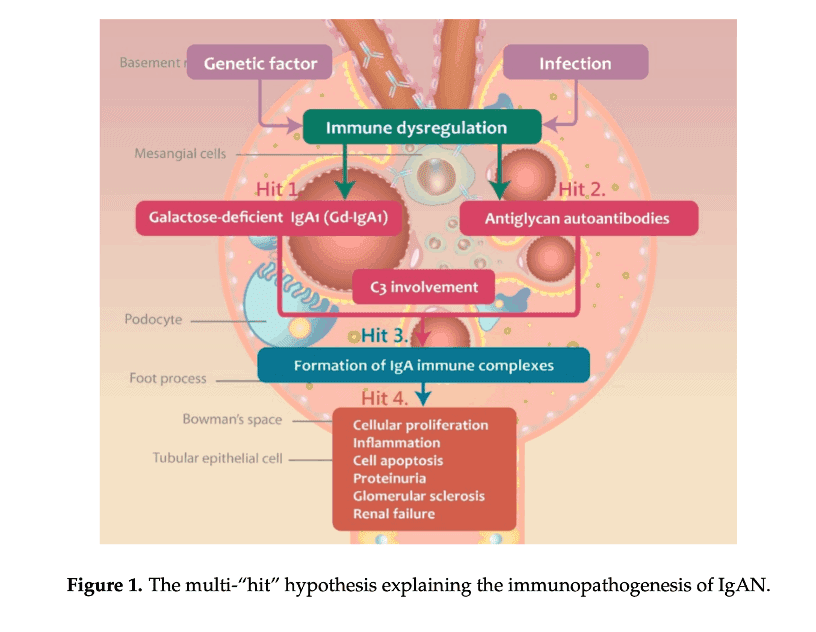 When someone has IgA nephropathy, a defective form of IgA is produced, this creates a bit of confusion for your immune system and it starts making autoantibodies (immune proteins) that mistakenly target and react with IgA. This results in the formation of immune complexes travelling around the body that get stuck in the kidney’s glomeruli (small blood vessels in the kidney).

The course of the disease varies from person to person. Some people leak blood in their urine without developing problems, some eventually achieve complete remission and others go on to develop end stage kidney failure.

Researchers don’t fully understand why some people develop IgA nephropathy, but it may be associated with the following:

Although the exact cause of IgA nephropathy is unknown, these factors might increase your risk of developing it:

Signs and Symptoms of IgA nephropathy

In the early stages, IgA nephropathy usually doesn’t cause symptoms which means the disease can go unnoticed for years or decades. It’s sometimes suspected when routine tests reveal protein and red blood cells in your urine.

Signs and symptoms include:

The course of IgA nephropathy varies from person to person. Some people have the disease for years with few or no problems. In fact, many cases go undiagnosed. Other people develop one or more of the following complications:

Now to the part you’ve been waiting for!

Natural therapy treatment of IgA nephropathy primarily involves reducing the inflammation and oxidative stress which is a hallmark feature of IgA nephropathy to prevent the development of renal fibrosis and scarring as well as correcting the immune system and protecting the nephrons that act as filters in the kidneys.

I’ve split this section into dietary advice, lifestyle advice and natural medicine supplements. To improve your kidney function and heal your kidneys, it’s not enough to just take a couple of supplements and hope for the best. The dietary changes and lifestyle tips really do provide the foundation of the treatment and the great news is that the benefits won’t just be your kidneys but all aspects of your health. 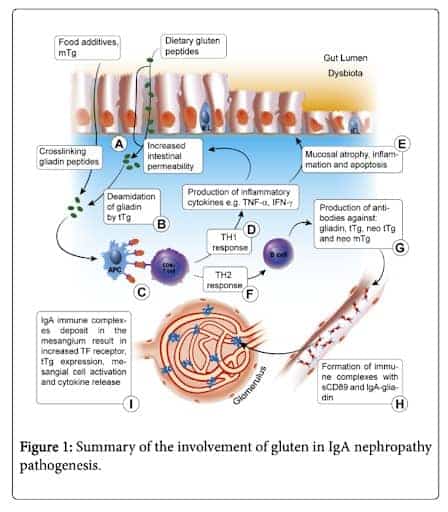 Here are some of the key lifestyle changes to make:

One of the key nutrients in supporting kidney health and healing the kidneys. It protects the kidneys, improves glomerular function, reduces inflammation and oxidative stress and improves blood flow to the kidneys.

The ability of vitamin E to prevent loss of kidney function appears to be due to a combination of its antioxidant and anti-inflammatory properties. The use of vitamin E can reduce the development of renal fibrosis and kidney scarring. Even after fibrosis and scarring is present, vitamin E can help to reverse this.

Another important antioxidant and anti-inflammatory nutrient that protects against damage to the kidneys as well as supporting the function of the immune system.

Selenium is commonly deficient in people with CKD and deficiency contributes to increased oxidative stress, higher levels of inflammation, accelerated atherosclerosis (hardening of the arteries) and immune dysfunction. Selenium has also been proven to be useful in autoimmune and inflammatory illness.

Rehmannia has a protective effect on the kidneys and is capable of slowing down or halting the progression of kidney disease when used in the early stages of renal failure. The herb targets the kidneys directly, so is considered very useful, especially for improving the strength of the still working aspects of the kidneys.

Rehammnia is also considered an immunomodulator which means it can modulate or balance the immune system which makes it an important herb in the treatment of autoimmune kidney disease. Rehmannia can also reduce glomerulosclerosis or scarring that can occur as IgA nephropathy persists.

Dan Shen is a key herb when it comes to the treatment of kidney disease. It has anti-inflammatory and antioxidant effects, helps to protect the kidneys from damage and can prevent and even reverse fibrosis and scarring of the kidneys. Also helps to protect against cardiovascular disease which is a common complication of CKD.

Astragalus has been used in Traditional Chinese Medicine for thousands of years to treat kidney disease.

When administered to rats with IgA nephropathy, treatment with Astragalus lowered the level of haematuria, proteinuria and ameliorated the change of renal pathology and reduced the deposit of IgA in the glomeruli. It was shown to regulate the immune dysfunction, reduced levels of inflammatory molecules and postponed the development of IgA nephropathy. 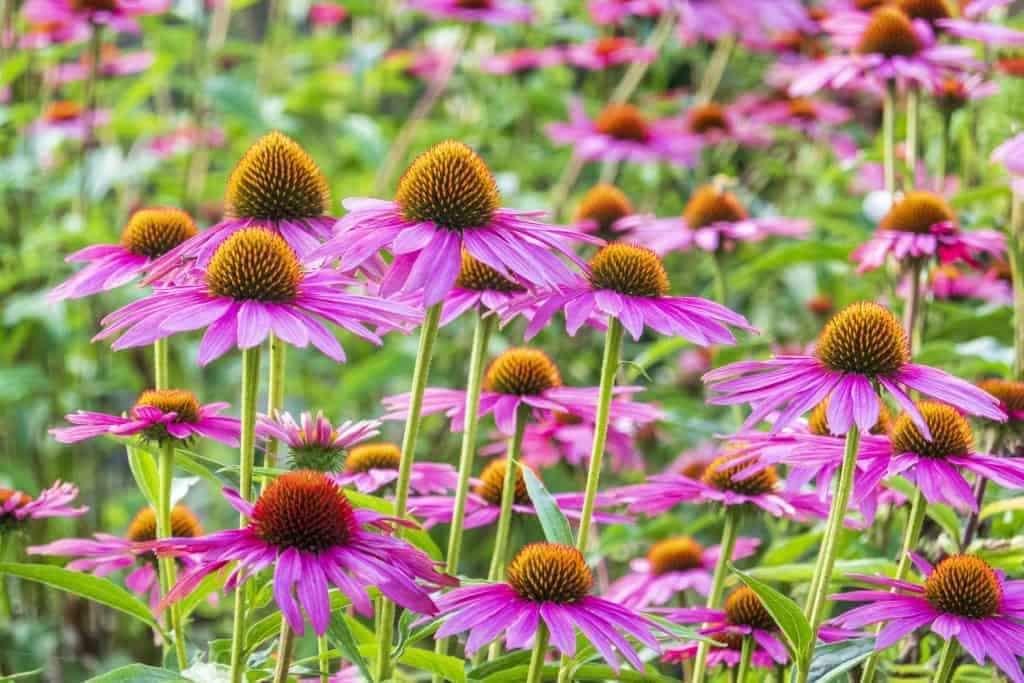 Echinacea’s primary use is modulating and balancing the activity of the immune system which makes it a key herb in the treatment of autoimmune kidney disease. Echinacea also has anti-inflammatory actions and has been shown to be effective in preventing oxidative injury to the kidneys.

As always, make sure you discuss any new supplements with your healthcare practitioner before starting on them to ensure they are appropriate for your use.

So there you have it, everything you need to know about natural treatment of IgA nephropathy. Hopefully you’ve found this article useful, if so please let me know by clicking the ‘SHARE’ button below and feel free to comment on our Facebook Page.