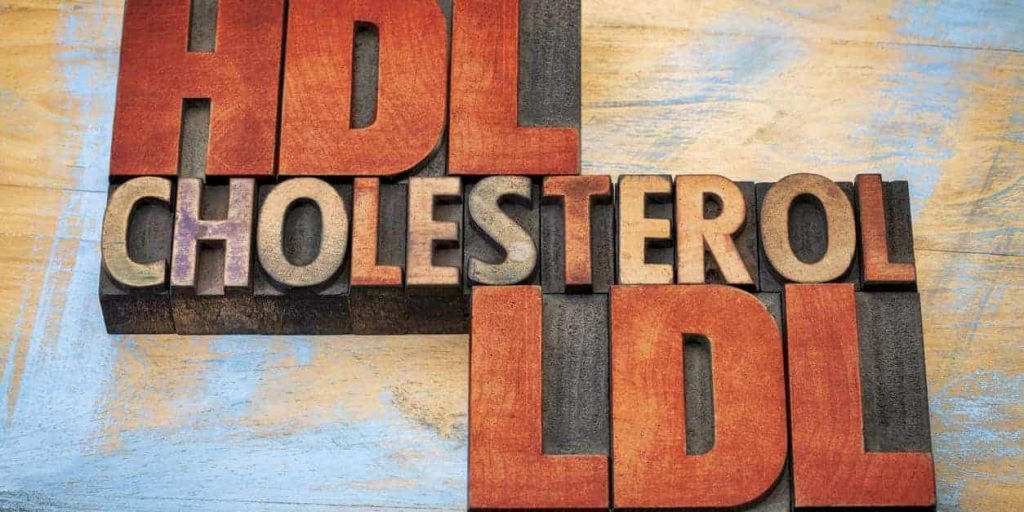 I received a request the other day from one of my readers, Anita, asking me for tips on lowering cholesterol naturally. I thought this was a great topic to write on, given the current state of our world’s cardiovascular health, the many misconceptions of cholesterol, and the connection between cardiovascular disease and kidney disease. For that reason I hope in answering Anita’s question, I can help you too.

“Can I request an article on ways to naturally lower cholesterol? Over here, docs are statin-happy, it’s the miracle drug for preventing heart disease. Unfortunately, they are very dangerous for kidney patients (anyone reading this, read the manufacturer’s info… They ALL say, either do not use or monitor with extreme caution with kidney patients). Yet, because hypertension and kidney disease are linked, docs prescribe statins anyway… hypertension opens a person up to heart disease, and so does high cholesterol. So once again, instead of teaching people the right things to eat, they just make a pill for that which might do more damage to a problem kidney patients ALREADY have, in order to prevent a problem we MIGHT get. And no, docs are not necessarily aware of the kidney warning that comes with these drugs… I caught mine red-handed not knowing (and he pulled me off them on the spot when I pointed out their own literature)… but then he tried to put me on a different one. Same problem. And now I know of another person who was put on cholesterol meds when the drug manufacturer said, do not use with kidney patients. So I suspect it’s more common than not, and it would be really helpful to have a natural method to raise LDL and lower HDL. Thanks!”

I must admit, I am fed up hearing about cholesterol (no offence Anita!) and ways of lowering cholesterol naturally.

To put it in perspective, one Australian dies from cardiovascular disease every ten minutes; which is just astonishing! And then when you consider Australia is only home to 25 million people you begin to wonder “how many people world-wide are dying from this condition?” Well after doing some “Googling”, I discovered that an estimated 155,000 people worldwide die every single day, 25% of those being due to cardiovascular disease; which equates to one person every 2 seconds!

Not the most “feel good” thought I have put forth, but it does highlight the extraordinary failing in our current sick health care system.

So What’s The Solution To Cardiovascular Disease?

As you can tell from my headline “Ultimate Guide To Lowering Cholesterol Naturally – Warning Cholesterol Is Bogus (Part 1)” I have a love-hate relationship with cholesterol. It is touted as the be all and end all for effective cardiovascular disease management. But as the number of people taking cholesterol lowering medications goes up, the dosage of these medications goes up, and the cholesterol references ranges go down (which seem to be a yearly occurrence), we are still not seeing any significant improvements.

The reason for this is that cholesterol is only part of the picture.

The Great Cholesterol Myth – And How You Have Been Suckered In

The Cholesterol Myth began approximately in 1954-55 when a scientist used rabbits to see the effects that a high cholesterol/high saturated fat diet might have on the human body. The results were considered “conclusive”. A high cholesterol/high saturated fat caused the arteries in rabbits to “clog up”, and therefore meant that this would happen to humans too.

Without thinking a little deeper this conclusion seems logical. BUT the scientist – and the rest of the world – forgot to consider one fundamental difference between the physiology of rabbits and human beings. Rabbits are herbivores, humans are omnivores!

It Is Basic Physiology

Just a small overlook wouldn’t you agree? NOT!

Since the dawn of time human beings’ physiology has been designed to consume and process cholesterol, rabbits on the other hand have not*.

*The truth is that there are some plants that do, but the quantity is so minute that it is often undetectable.

Every animal on the face of the planet has taken millennia to adapt to its environment, especially what it eats from its environment; knowing this makes this clinical trial quite absurd, doesn’t it?

It is kind of like doing a study to assess what the implications of a high hay diet are on horses, but rather than feeding the hay to the horses, the hay is fed to humans… then after sometime, declaring that hay is bad for horses because it made the humans sick and nutrient deficient. Is it this kind of ridiculous thinking that our entire cardiovascular treatment model is based on; a whole industry is based on this!

•    In America, the drug Simvastatin (cholesterol lowering drug) was the second most prescribed drug in 2009 – second only to Hydrocodone/acetaminophen which is a painkiller.
•    Out of the top ten prescribed drugs for 2009 in America, five of those drugs were for cardiovascular disease!
•    Women are 5 times more likely to die from coronary heart disease than breast cancer.
•    Half of U.S. heart attack victims have healthy cholesterol levels, plus 25% or more have none of the “risk factors” associated with heart disease – including smoking, hypertension or obesity.
•    Australia has the highest per capita consumption of lipid lowering drugs (e.g. statins).
•    Traditional risk factors only account for 50% of cardiovascular disease. In fact, many individuals who develop heart disease have normal cholesterol and blood pressure levels. 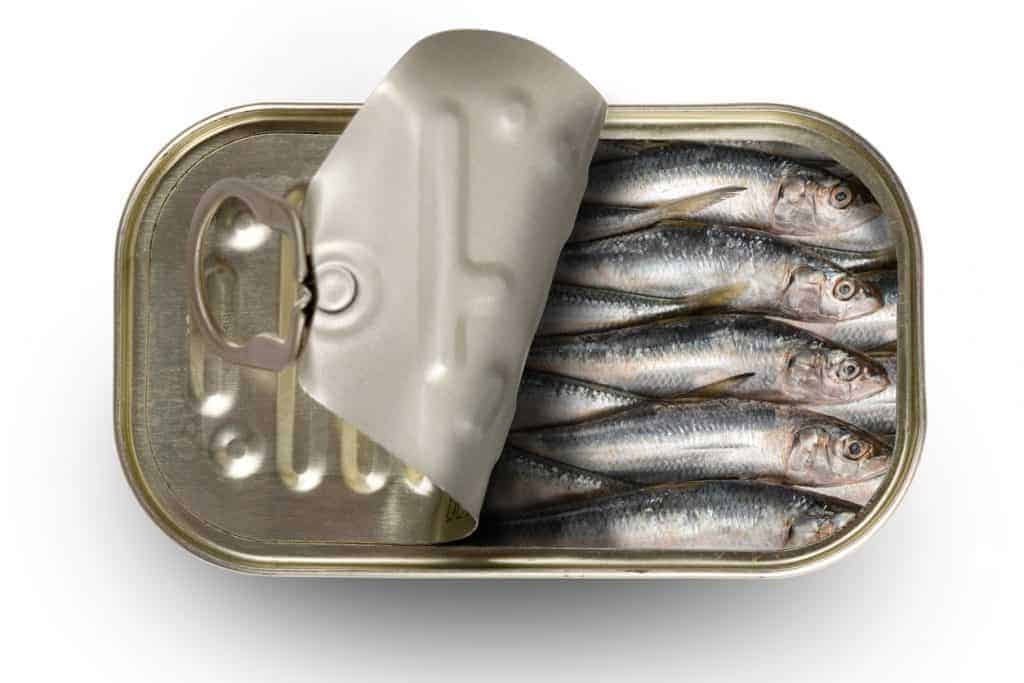 Something Smells Fishy To Me

With this growing trend of what I like to call the “cholesterol limbo dance” (i.e. “how low can you go?”), it will place every waking person in the “you need cholesterol lowering medication range”. Come on please, are you serious?! That is NOT the answer.

Some of you may be thinking I have gone a little “conspiracy theory” or “over the top” on you, but many doctors have now taken it so far they are saying that your cholesterol levels can never be too low. Hahhhmmmm…

What they have forgotten is cholesterol is actually manufactured by the body to survive and thrive. Cholesterol is in fact a very necessary compound (fat+steroid=cholesterol), it has a role to play in many beneficial biological functions (e.g. the basis of ALL steroid hormones: testosterone, estrogen, DHEA, etc.), as well as being a key nutrient that forms the walls of our cells. Therefore cholesterol is the very building block of our body!

Let’s take a step back for a second and take a look at “Baddest” of all the cholesterols, the evil LDLs. Now tell me, what does LDL stand for? It stands for Low-Density Lipoprotein. So what is it then? No, not cholesterol, it is a protein. It is true that cholesterol and protein bind to create this constituent, but the overall result is a protein.

* The only time cholesterol independently causes a problem is when it oxidises.

“At what point, doctors, is cholesterol good? Maybe if you started focusing on the answer to that question, rather than worrying about how much is too much, will you be able to treat cardiovascular disease effectively.”

Here is a list of diesases that can be caused by a LACK of cholesterol:

•    Anxiety
•    Cancer
•    Depression
•    Mood disorder – suicidal tendencies, aggression, anger, and impaired brain function
•    Low birth weight
•    Stroke – yes you read right, stroke! One of the many diseases we are trying to avoid with cholesterol lowering medications.
•    Vitamin D deficiency
•    Heart disease – this is my favourite (if you can call it that) because it illustrates the very absurdity that this cholesterol witch-hunt clearly is. At what point doctors is cholesterol good? Maybe if you started focusing on the answer to that question, rather than worrying about how much is too much, will you be able to treat cardiovascular disease effectively. Studies have shown that low cholesterol levels increase mortality from heart disease compared to high cholesterol levels. This backs up the notion that cholesterol is good… but just at the right level.

I hope by now you can begin to see that cholesterol independently is not the main concern anymore. Yes it definitely has a role to play, but it is far less than you have been lead to believe.

It is at this point that I am going to wrap it up today. In Part 2 of the series I’ll go through the real culprits of cardiovascular disease and how to treat them, and of course give you tips on lowering cholesterol naturally too. Without the foundations of today, Part 2 would be a little confusing. So I urge you, if you are a skim reader please make your way back to the top of the page and read every single word, cholesterol and cardiovascular health are not what you may have thought them to be.

Part two will be posted in the next few days.