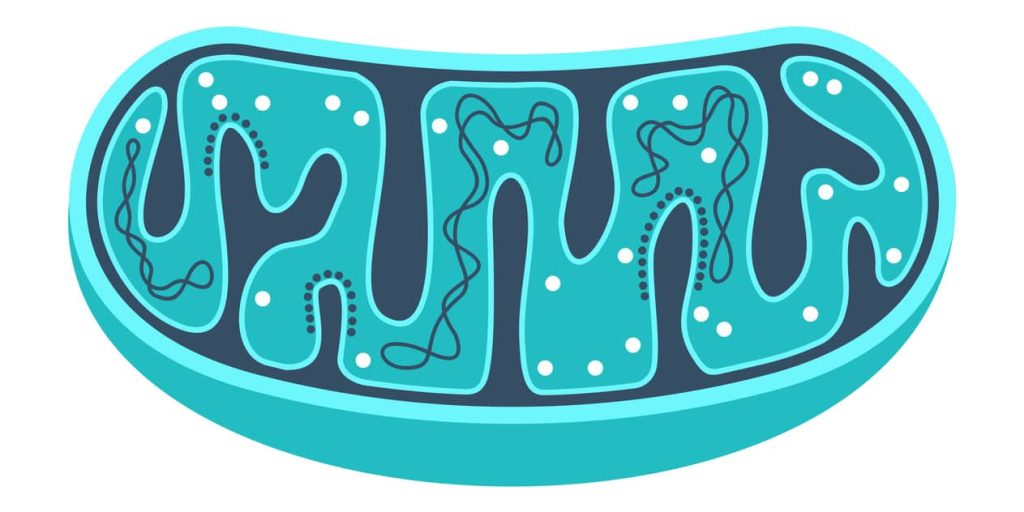 Today I’m going to take you through the role mitochondria play in the process of chronic disease. Mitochondria are best known for their participation in cellular respiration via oxidative phosphorylation.  This reaction produces ATP (adenosine triphosphate), a form of cellular energy. Mitochondria participate in important metabolic pathways and regulate various important cellular functions. Due to the actions, mitochondria have within the body, where there is mitochondrial dysregulation or malfunction, it’s no wonder we see our health impacted. I’ll begin by explaining mitochondrial function to give you a better understanding of its importance.

Mitochondria are also known as the ‘powerhouse’ of the cell. These double membrane organelles are found in plant and animal cells. Mitochondria are contained within the cytoplasm of a cell and they help turn the energy we obtain from food into a form of energy cells can utilise. It provides our body with the fuel it requires to complete our activities throughout the day.

Through a series of reactions, mitochondria produce ATP which is found in all forms of life. The majority of ATP is generated by mitochondria via cellular respiration and is essential for our survival. It is through a series of reactions generated through the Kreb cycle and the citric acid cycle in this energy is formed. Cellular respiration is the conversion of glucose and oxygen to ATP, water and carbon dioxide.  The chemical energy produced by the mitochondria is stored as ATP, the energy currency of the cell. 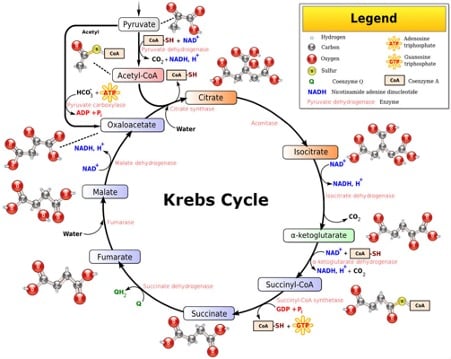 The Structure of Mitochondria 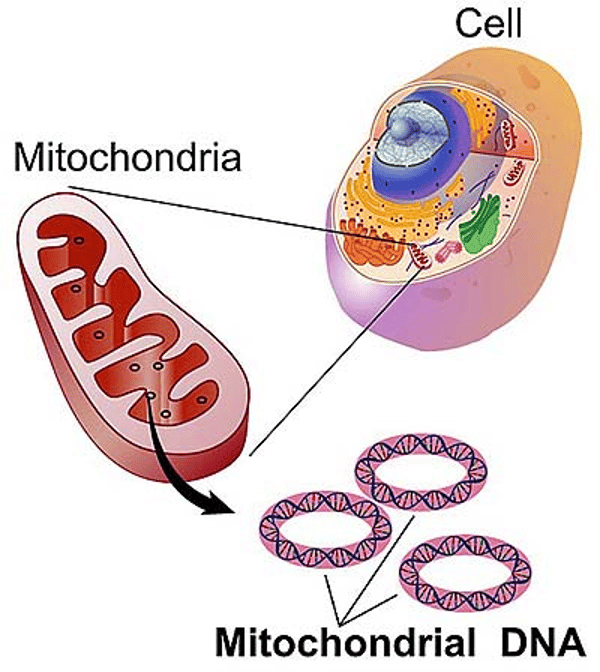 The most important role of the mitochondria is energy production; however, it has many other functions.

Mitochondria play so many important roles within the body, influencing our physiology as they regulate the communication between our cells and tissues. Health suffers if there is mitochondrial dysfunction or dysregulation.  Mitochondrial dysfunction has been found to play a key role in chronic diseases such the neurodegenerative diseases, Alzheimer’s Disease, Parkinson’s Disease and Huntington’s Disease, metabolic disorders, acute and chronic kidney disease, cardiomyopathy, cancer and obesity, this is just to name a few. Mitochondrial disease manifestation is tissue specific. For example, in adults, defects in respiratory complex 1, may lead to atrophy of the optic nerve, therefore it depends on the site or organ symptoms of the disease are expressed while implicated by mitochondrial dysfunction.

Mitochondria: In Sickness and in Health – PMC (nih.gov)

Its Role in Disease and Symptoms Associated

As stated, the treatment of mitochondrial disease is in its early days. Symptom-based treatment is used with a focus on maintaining optimal health and well-being. Preventative measures are used to reduce symptoms associated with psychological stress and infection with the avoidance of mitochondrial toxins. Thankfully natural medicine does provide us with tools to support organ systems and address overall health. Scientific support for the use of vitamin-based and cofactor-based mitochondrial therapies is finally beginning to gather.

Evidence supports the use of antioxidants; these nutrients help reduce reactive oxygenation species produced in increased amounts in this health condition.

Progress in this treatment area has been slow due to a number of factors:

I’m sure you are already aware; diet and lifestyle are always going to be addressed in chronic health conditions and there’s no exception here. A thorough evaluation of a patient’s diet and possible nutritional deficiencies is required. Those experiencing mitochondrial disease may have altered caloric requirements. Authors have found supporting the quality of calories has been shown to enhance mitochondrial health.

A variety of environmental toxins and medications can impair mitochondrial function, and the mechanisms of action vary with the individual drug. Although this is not a comprehensive list, some of these drugs include:

Studies have shown exercise improves mitochondrial health, when used appropriately and under supervision, it has been found exercise will help improve symptoms of fatigue, improves physical function and will help to reduce the risk of comorbidities. Overall, the role of exercise is used to achieve a better quality of life and assist in the areas where function has been impacted. Walking, dancing, swimming, resistance training, and yoga are just some options you may want to look at. Please remember this needs to be under the supervision and talked through with a health professional.

How to exercise with mitochondrial disease – Exercise Right

Co Q10: CoQ10 plays an integral role within the electron transport chain, it’s found in all cell and organelle membranes, it’s important for intracellular signalling and has antioxidant and prooxidant actions within the body. CoQ10 deficiencies have been found in some mitochondrial diseases. This is where CoQ10 supplementation should be considered. Research on CoQ10 has shown it is useful in conditions such as heart conditions, diabetes, Parkinson’s Disease, Statin Induced Myopathy, and migraines and helps improve physical performance. CoQ10 is also a key nutrient for anyone diagnosed with Chronic Kidney or Renal Disease.

Thiamine (B1): Thiamine plays a role in the citric acid cycle, it increases the rate of catabolism of pyruvate to acetyl-COA, starting the cycle.

Riboflavin (B2): Riboflavin is a water-soluble B vitamin; it plays a role in key enzymatic reactions which involves fatty acid oxidation and within the Kreb cycle. It has been found, riboflavin supplementation can lead to an improvement in symptoms and may slow the progression of mitochondrial disease.

Folinic acid: Folinic acid is the reduced form of folic acid, otherwise known as folate (B9). Another water-soluble B vitamin. It has been suggested in a few case reports, that mitochondrial disease may lead to secondary cerebral folate deficiency. Although more research is required in this area, it has been suggested this is due to the failure to produce enough ATP for the active transport of folate across the blood-brain barrier.

Alpha lipoic acid: Alpha lipoic acid, classified as an antioxidant, plays a valuable role in fighting the effects of free radical damage. In one randomized double-blind clinical trial a combination of lipoic acid, CoQ10 and creatine monohydrate were combined. It was found this combination reduced lactate and oxidative stress markers in those with mitochondrial cytopathies. Alpha lipoic acid is another foundational nutrient in the treatment and prevention of Chronic Kidney and Renal Diseases.

L Carnitine: Carnitine has the ability to improve ATP production by supporting the importation of certain fuel molecules into the mitochondria. Carnitine also assists by cleaning up some of the toxic by-products of ATP production.

Creatine: Creatine usually acts as a reserve for ATP, when cells’ demand for ATP is too much for the mitochondria to keep up with, creatine can release phosphate (the P in ATP), this will, in turn rapidly increase ATP production.

Hopefully the information I have provided highlights with the importance of nutrients and lifestyle factors in supporting those with mitochondrial disease. We can see how important it is to support mitochondrial health. Although more research needs to be done in this area of health, hopefully, we will see more emerging information. Studies support the use of nutrients to help patients with their individual energy requirements, nutritional needs and nutritional deficiencies. overall the aim is to support organ and system health.

In our next article, we will specifically look at the role Mitochondria play in Chronic Kidney and Renal Diseases, so stay tuned for that.

If you enjoyed this article please feel free to share it with friends and family or head over to our Facebook Page and leave us a comment.

Mitochondria: In Sickness and in Health – PMC (nih.gov)

The Role of Mitochondria in Acute Kidney Injury and Chronic Kidney Disease and Its Therapeutic Potential – PubMed (nih.gov)