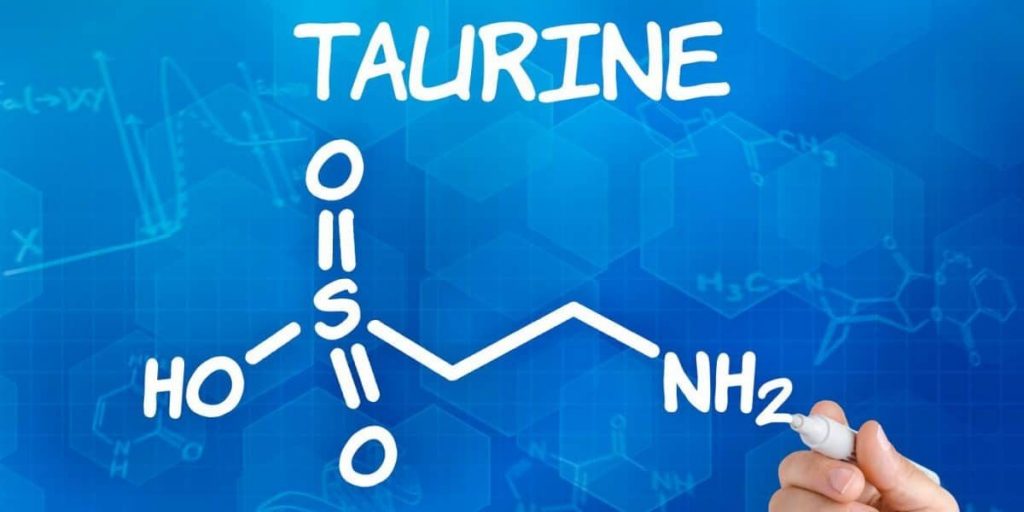 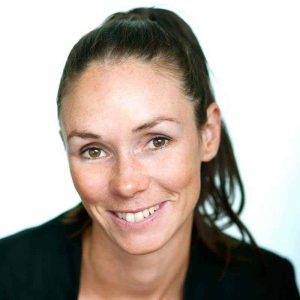 You may have heard of taurine before if you have ever consumed energy drinks like Red Bull where taurine is a touted ingredient to help improve energy and concentration levels in those consuming it.

Many studies have shown that patients with end‐stage renal disease are taurine depleted with low plasma and muscle intracellular concentrations of taurine.

When it comes to chronic kidney disease, and the disease related to kidney diseases such as diabetes and cardiovascular disease taurine is a standout nutrient and one we are going to explore in detail today.

So read on to find out how taurine could be beneficial as part of your kidney health regime!

Taurine and The Cardiovascular System

A recent systematic review found that supplementation of 6g of Taurine per day for up to 4 weeks was able to improve cardiac function, decrease total serum cholesterol and Low-Density Lipid (LDL) particles and increase Very Low-Density Lipids. The same review also found that a 3g daily dose of Taurine was able to decrease left ventricular end-diastolic volume and triglycerides and support healthy blood pressure.

The role of taurine in supporting healthy blood pressure is built upon its ability to down-regulate the renal sympathetic nervous system.

Downregulation of the renal sympathetic nervous system reduces the production of the two major stress hormones epinephrine and norepinephrine. This is important as norepinephrine is known to cause vasoconstriction, which is the constricting of the veins, which is the mechanism seen in the raising of blood pressure that when it becomes chronic can lead to hypertension or high blood pressure. Taurine thus has the ability to work via the kidneys as an efficient hypotensive (relaxing of the veins) via this mechanism.

Taurine also has a healthy regulatory effect on the cardiovascular system via the way in which taurine acts on the renin-angiotensin-aldosterone system, it does this through modulating calcium homeostasis, exerting a diuretic action, as well as opening potassium channels to potentiate a vasorelaxant action, leading to a decrease in blood pressure.

Taurine and the Liver

As a result, taurine has been found to be highly beneficial in maintaining the health of the liver, allowing it to do its job of detoxification—particularly in the presence of high sugar and fat intake seen in the poor dietary choices of many people suffering from chronic diseases.

Taurine’s effectiveness in the pathogenesis of insulin resistance, insulin-dependent, and non-insulin-dependent diabetes is gaining an extensive amount of attention in the realms of scientific research. Taurine has been shown to assist glucose metabolism through a variety of mechanisms including its antioxidant action, osmoregulation, and anti-inflammatory actions. Taurine also has the ability to help some of the complications associated with diabetes including cataracts, retinopathy, nephropathy, neuropathy, cardiomyopathy, and atherosclerosis.

People diagnosed with diabetes are seen to have lower plasma levels of taurine in the body when compared to healthy controls. The role of Taurine against the production of advanced blood sugar dysfunction, as seen in diabetes, is due to its high reactivity with aldehyde when compared to various other amino acids. In some studies, taurine supplementation put a stop to the processes that proceed with the onset of late-stage diabetes, preventing it from manifesting altogether.

Ito T, Schaffer SW, Azuma J. The potential usefulness of taurine on diabetes mellitus and its complications. Amino Acids. 2012 May;42(5):1529-39 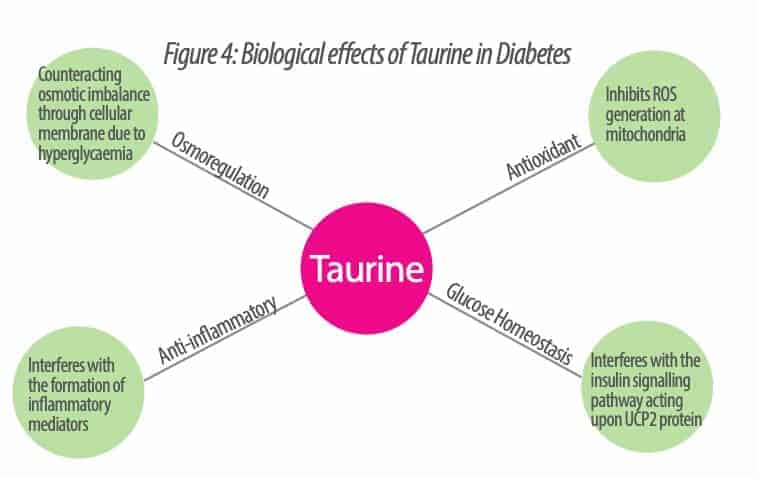 Taurine and the Kidneys

The kidney plays a pivotal role in maintaining taurine balance. As I have mentioned taurine acts as an antioxidant in a variety of in vitro and in vivo systems. It prevents lipid peroxidation of glomerular mesangial cells and renal tubular epithelial cells exposed to high glucose or hypoxic culture conditions, which is technical speech for taurine protects kidney tissue from the detrimental effects of blood sugar dysregulation and diabetes. Supplementing with taurine in animal studies ameliorates experimental renal disease including models of refractory nephrotic syndrome and diabetic nephropathy.

In the kidneys, taurine has been shown to exert various physiological functions including:

Animal studies have demonstrated that body taurine status, i.e how much taurine is present in the plasma of the renal patient, is a major determinant of renal IR injury. Taurine deficiency was shown to increase both the extent and the rate of recovery of urinary concentrating ability associated with renal architecture resembling normal kidneys. In layman’s terms the less taurine present in the plasma the poorer the recovery and outcome from acute renal failure.

Another study found that taurine has the ability to play a role in four different forms of kidney disease:

Taurine functions as a protective agent against immune and toxicity-induced forms of glomerulonephritis. The addition of taurine to the diet appears to inhibit the function of antigen-presenting cells and T cells in T cell-induced crescentic glomerulonephritis. This same study showed that taurine in drinking water reduced urinary protein excretion and both serum and urine platelet-activating factor levels.

We now know that patients with chronic renal failure have reduced plasma and muscle intracellular concentrations of taurine. It is thought that the protection comes from the antioxidant, blood pressure regulating, and blood sugar protective mechanisms mentioned above. Diabetes and hypertension are the leading causes of chronic kidney disease, so it makes sense that taurines ability to prevent and treat these conditions would therefore have a protective role to play in the onset of chronic renal disease. Taurines ability to also protect kidney tissue via its antioxidant mechanism is another way in which taurine may prevent the onset of chronic kidney disease in those with already depleted stores.

Several models of AKI have been used to examine the influence of taurine in this process. In a study using a known kidney damaging antibiotic gentamicin, rats are injected with the antibiotic leading to a rise in serum creatinine and histologic features of acute tubular necrosis. Administration of taurine reduced the rise in creatinine and there was less accumulation of the drug in the kidney tissues. This basic study shows the ability of taurine to help protect against the toxic nature of things like antibiotics and other kidney-damaging medications such as chemotherapy and dyes.

There are many varying factors that may contribute to low plasma levels of taurine. Some of these include:

Dosages between 500mg-2,000mg have shown efficacy, although the upper limit for toxicity is placed at a much greater level and high doses are well-tolerated.

The upper limit for which one can be relatively assured no side effects will occur over a lifetime has been suggested to be 3g a day, with some studies mentioned above using up to 6gms a day over a 4 week period.

Theoretically, taurine might increase the risk of hypotension when taken with antihypertensive drugs. Clinical evidence suggests that taurine can reduce both systolic and diastolic blood pressure.

Whenever you start a new medication or natural supplement always consult with your physician first.

Taurine is a fantastic adjunct to any kidney treatment protocol, especially if you have high blood pressure or early blood glucose changes and, something I didn’t talk about, but if you are prone to stress. Taurine also helps support a healthy stress response via the renal sympathetic nervous system.

Let us know that you enjoyed this information by sharing it with your friends and family or share a comment with us on our Facebook page, and let us know what you thought and if there are any other topics you would like us to write about.

Magnesium Citrate & Its use in Renal Disease 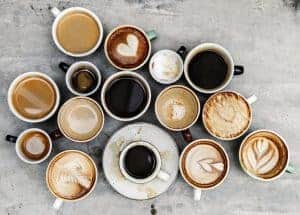 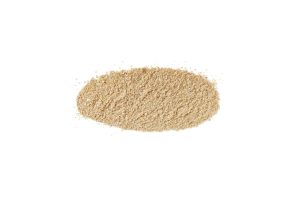 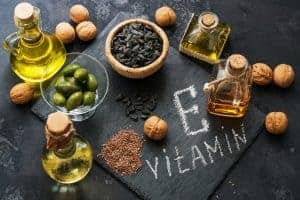