There is quite a lot of debate surrounding the health effects of coffee, one minute we’re being told coffee is good for us and the next minute that it’s bad. So where does the truth lie?

While research may show some benefits of drinking coffee for certain health conditions, today what I’m going to be focusing on (not surprisingly!) is coffee and kidney disease. One of our recommendations for those following our Kidney Disease Solution Program is to avoid coffee. I know those coffee lovers out there may be cursing us at the moment, so let me take this opportunity to explain why.

High blood pressure is one of the leading causes of CKD and is also involved in the progression of CKD. A number of studies have shown that coffee consumption increases both systolic and diastolic blood pressure. This effect is greater in people who already have a history of high blood pressure.

Diabetes is the leading cause of CKD worldwide. Poorly controlled blood sugar levels contribute to kidney damage by a range of different mechanisms so for people with diabetes, having good control of their blood sugar levels is incredibly important when it comes to reducing damage to the kidneys.

Some studies have shown that coffee may reduce the risk of developing type 2 diabetes but there is a clear difference in how people with diabetes and people without diabetes respond to coffee and caffeine. One study had habitual coffee drinkers with type 2 diabetes monitor their blood sugar while doing daily activities. During the day, it was shown that right after they drank coffee, their blood sugar would soar. Blood sugar was higher on days that they drank coffee than it was on days they didn’t.

Coffee depletes the body of a number of important minerals

The caffeine in coffee contributes to the increased excretion of calcium from the body. This is particularly pertinent when it comes to people with CKD as they are already at an increased risk of mineral and bone disorders because abnormal hormone levels cause an imbalance between calcium and phosphorus levels with higher phosphorus and lower calcium. Phosphorus and calcium keep each other in balance in the body so having higher calcium levels can help to reduce phosphorus.

Coffee also negatively affects the body’s absorption of iron. People with CKD are already at an increased risk of iron deficiency and anaemia so maintaining adequate iron levels is extremely important.

Coffee also depletes magnesium; magnesium is a crucial mineral that aids in energy production as well as plays a key role in more than 300 enzymatic reactions in the body. Low magnesium in people with CKD is associated with a more rapid decline in eGFR.

Caffeine activates the body’s stress response causing an increase in cortisol and adrenaline (epinephrine) production. Elevations in stress hormones such as cortisol have widespread negative impacts on our bodies. It increases blood pressure, raises blood sugar levels, suppresses our immune system, increases inflammation and oxidative damage and changes the composition of blood, making it more prone to clotting all of which are implicated in the development and progression of kidney disease. 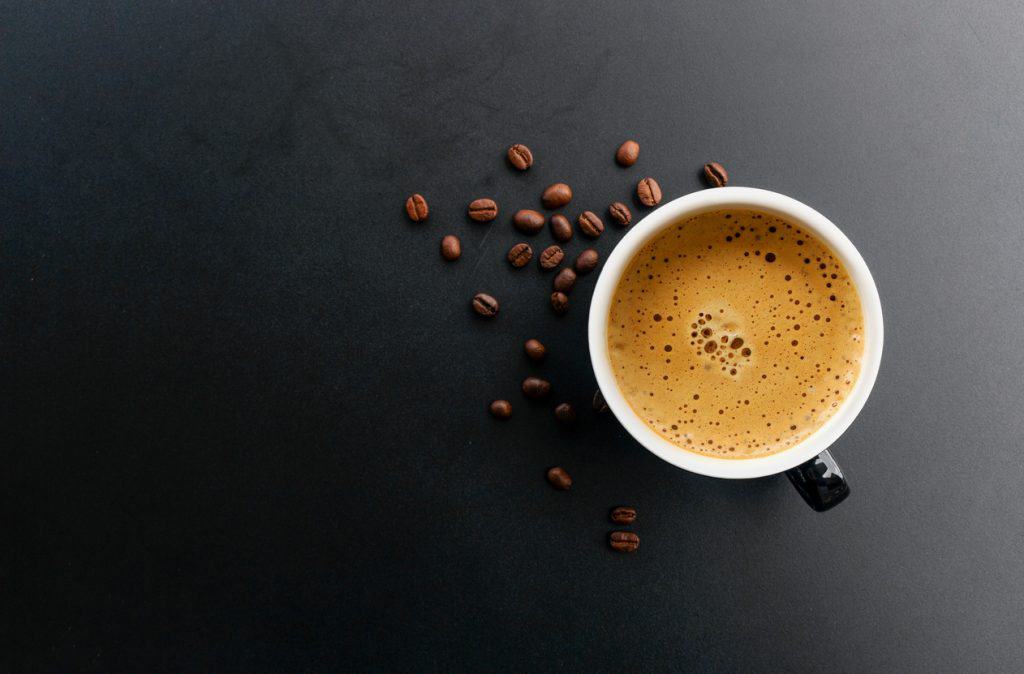 Elevated levels of these inflammatory markers are linked to the progression of CKD and are independent risk factors for all-cause mortality.

Coffee is linked to poor sleep

Caffeine is a stimulant which means that it increases activity in your brain and nervous system. It is also considered an adenosine blocker, it attaches itself to the same receptors that adenosine would normally latch onto.

Adenosine is found in every cell of the body and one of its most important roles is to control the sleep-wake cycle. It also has a number of other physiological functions such as improving blood flow, protecting the heart, nerves and other body parts from damage and disease, as well as balancing immune function.

Many people think that as long as they don’t drink coffee too late in the day that it won’t affect their sleep however in one study, even when participants were given caffeine at 7 am, sleep efficiency and total sleep time were both significantly reduced which shows us that coffee at any time of day, even first thing in the morning can negatively impact sleep.

Insufficient sleep is associated with an increased risk of developing CKD and progression to end-stage kidney disease. People with CKD are already much more likely to experience insomnia and sleep deprivation so adding coffee into the mix could make this even worse.

Coffee roasting produces compounds called polycyclic aromatic hydrocarbons (PAHs) which are a class of environmental pollutants that have toxic, mutagenic and cancer-inducing properties. Long-term exposure to PAHs can cause kidney damage and kidney failure.

Coffee metabolites associated with an increased risk of CKD

A newly published study highlighted another reason why coffee should be avoided in people with CKD.

But what about the antioxidants in coffee?

If you do a search on the internet titled ‘health benefits of coffee’ you’ll be inundated by articles highlighting the fact that coffee contains antioxidants. And yes, this is true, coffee does contain antioxidants that are beneficial for health but it also contains a number of other chemicals and metabolites that detract from our health.

You are much better off getting your antioxidants from foods such as fruit and vegetables which have a number of other benefits such as being rich in vitamins and minerals, good sources of fibre and various phytonutrients than from coffee that comes with a number of potential negative effects.

What about decaffeinated coffee?

While some of the negative effects of coffee do come from its caffeine intake, drinking decaffeinated coffee instead isn’t the answer (again, I am sorry!).

Caffeine is extracted from coffee beans through a few different methods with the most common being the use of synthetic chemicals such as ethyl acetate and methylene chloride which is an active ingredient in paint stripper that has been banned in some countries for consumer use. I don’t know about you but I’m not too keen on putting something in my body that used paint stripper in the extraction process!

How to Quit Coffee

If you’ve made the decision to quit coffee, you may face some withdrawal symptoms. After all, caffeine is a drug and very addictive! For those who drink multiple coffees a day, you may want to start by reducing the number of coffees you drink a day before stopping entirely.

Here are some other tips that can help:

One of the difficulties that some people face when deciding to give up coffee is feeling like they’re giving up something they enjoy. For many people, it’s the ritual around drinking coffee that they miss the most. Maybe it’s going out for a coffee with friends, maybe it’s having an ‘excuse’ to take a break from work or from the busyness of life or the enjoyment of a hot drink on a cold winters’ morning.

The great thing is that you don’t have to give that up. There are a number of alternative drinks you can choose from instead. Here are some great coffee alternatives: 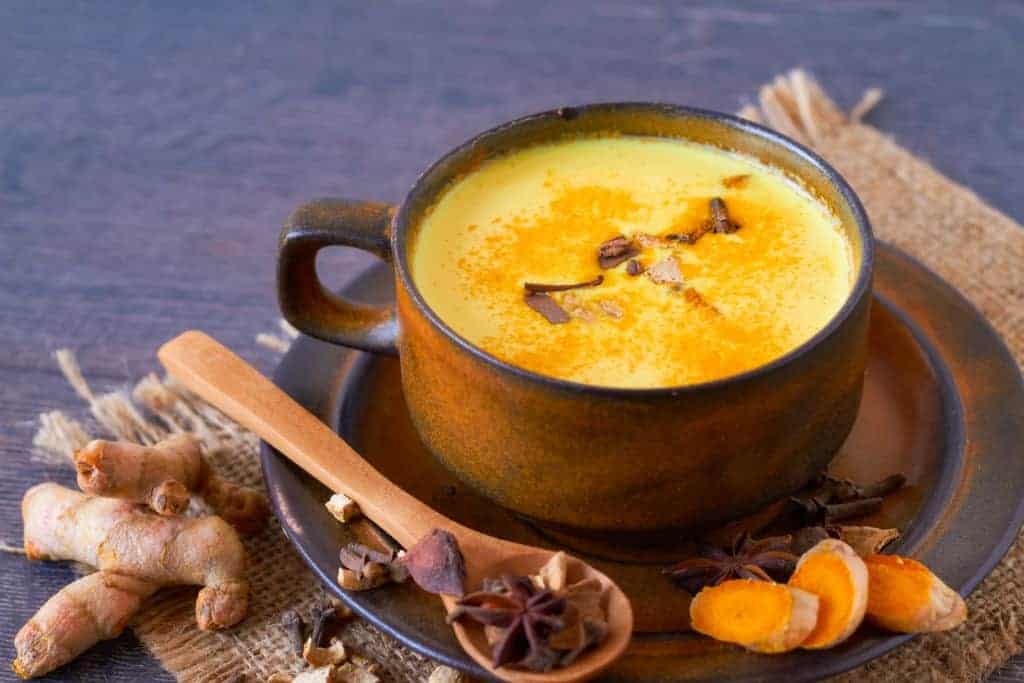 So there you go, hopefully, you now have a better understanding as to why we recommend those with CKD avoid coffee. If you’ve found this article helpful please let us know by clicking the ‘SHARE’ button below, or head over to our Facebook page and tell us what your favourite coffee alternative is.